This week I have been exploring alternative therapies. Started with devouring David Servan-Schreiber’s Anti-Cancer book from cover to cover and found it put a lot of what I do every day into a good and helpful perspective, while contextualising the scientific background – lots of mice and rat experiments I’m afraid – with some good case studies.

The main take-aways are:

The big change in diet argument goes something like this: our consumption of sugar and foods with high glycemic index (e.g. white flour) stimulate not only the growth of cancer cells but their capacity to invade other cells. I won’t go into the science here, you can read it for yourselves, but for instance those who eat low-sugar Asian diets tend to have 5-10 times fewer hormonally-driven cancers than those with diets high in sugar and refined food. Green tea is a well-known suppressor of growth of the new blood vessels required by cancer cells to grow and explains why in Japan the incidence of aggressive breast and prostate tumours is so much lower than in the West.

Then there’s the recent imbalance of the Omega 3s (which we had in abundance until after the 2nd World War; in those days we relied on grass- and naturally-fed cattle, pigs and chickens) with the prevalence of Omega 6 in our diet. This is largely fuelled by the feeding of livestock on corn, soya and wheat, all of which transform our food chain from being Omega 3-rich to being Omega 6-high. This imbalance, along with the enormous increase in trans fats found in biscuits, cakes and processed foods  – all of which are more inflammatory than Omega 6 in its natural state – are also linked to the  development of cancer. Not only does the destruction of swathes of forest and other agricultural land for livestock feed destroy the planet, it is also aiding our own demise simultaneously. So go organic and, as I am now, avoid all meat and dairy products. A bit extreme I know, but as I need to re-build my immune system it is probably worth it until I have some good news. 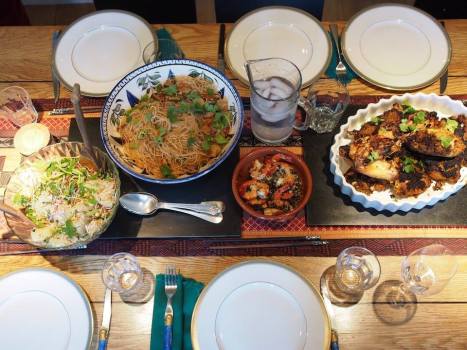 Given that I have always lived eaten like an Asian (no carbs, no trans fats or processed foods, although I have not been organic) and kept very fit, it is obvious to me that both Ross’s prostate cancer of two years ago, and my current sarcoma have been brought on by the numerous stresses in our lives, paramount being that of losing Louise, but in my case both my parents as well. Servan-Schreiber describes both experiments and case studies where the feelings of helplessness induced by depression and despair have contributed to cancer, and how steps taken to alleviate such feelings can lead to longer life and health. He also stresses that its good to be realistic without being negative; something I feel I do. ‘I’ve found that realistic attitude in almost all of the people who have survived their cancer well beyond the statistics they were given.’

Some people are skeptical, I am afraid, as I sip my green tea and insist on soya milk/yoghurt with my home-made granola, juice my beets, carrots, cruciform veg, with ginger, fresh turmeric (only works with black pepper), garlic and apple to sweeten. I tried spirulina once and was almost sick, so not sure how I can combine this healthy immunity-building algae! I make Ross drink it too, as he needs to keep his health up. I’m not sure he’s convinced – well poor chap got the spirulina concoction on day 1! But it keeps me busy and thinking positively and I hope gives you, my friends, something to laugh about.

Monday 24 Feb finds me going back to the TCM (Traditional Chinese Medicine) shop where the helper was so cynical when I dropped by to get some Chinese herbs for cooking. ‘Do you really believe in this stuff,’ asks the young man incredulously, his hip little ponytail wagging away. ‘Why not? I’ve got cancer and so long as it’s not poisonous, I’m willing to try anything. Anyway it’s in my Chinese cancer cookbook. And [auntie voice] do you think you should be saying such things if you work here?’ ‘Oh’ says he, ‘the boss is out so I can say what I like’. 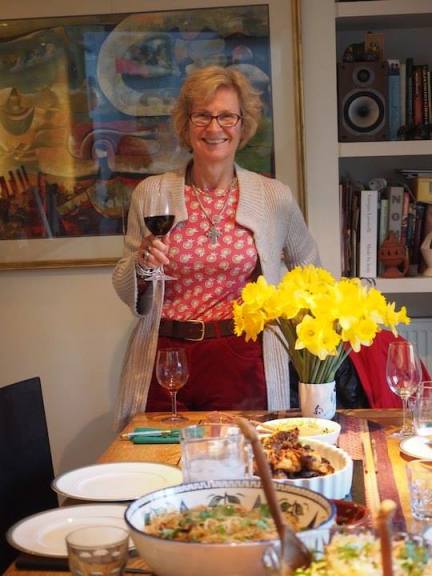 The happy cook – with wine!

I have an appointment with Dr Feng, who is my age exactly. I have come for acupuncture but you cannot consult a Chinese doctor without having the once-over. She takes my pulse, asks various questions, and says my kidney and liver functions are weak and therefore allowing the cancer to grow, my yin is out and I must stop drinking coffee and alcohol immediately! She also refines the eating list that Anti-Cancer has bestowed upon me – no curry or chilli; no meat or dairy at all and various other things like peanuts and coconut – all too ‘hot’ (this chimes with my Ayurvedic profile, given after Louise died, so rings true). Oh no, can I really do this?

Dr Feng is rather attractive and has been here 22 years (Helena Bonham Carter comes here once a month);  she owns the practice with her ex, and her two girls went to Cambridge, then one to Harvard and the other to Goldman Sachs!  She is very matter of fact as she tells me to lie on the couch as I need treatment ‘front and back’. She starts on the back of the neck, it feels like she is using a blow dart to insert the needles (later I check it out and indeed it is similar to a staple gun) as she pings them in: quick swab of white spirit and zap! In it goes; some are more painful than others especially over the kidney area (she says this is because the unblocking required is severe).

After leaving me like a pincushion under a hot lamp, she disappears for 10 minutes; the pain in my back is really severe, a dull ache rather than searing. Is this doing me good I wonder, as I practise my breathing skills. Now, she says on return, we do some cupping! Yikes, I recoil as I remember Gwynnie’s back after she extolled its virtues. And crikey are they hot! She pops them on with a huge squelch, at least ten or twelve of them …I am reeling from the physicality of the treatment so far but all I can do is shut my eyes and breathe deeply!

My back after cupping – Wah!

Back she comes, phew it’s over, think I…but, no, ‘lie on front now’! Then she applies more deathly needles to my legs including on my shins, ankles and front of foot…aaargh! The pain on my bad leg is sudden and quick, I feel a lightening jolt running down and then it is gone. This is the unblocking she explains  – kindly? Several more minutes pass as I lie on my back now with my pink cardi draped over my feet; there is a whispered consultation going on next door, the poor man is having terrible nightmares; she tutts sympathetically.

Then she comes in and starts to massage my bad leg, to reduce the fluid which has been building up and which Prof is threatening to syringe. ‘No need, we get rid of it naturally,’ she opines gaily. But it’s very sore indeed as she digs in round the ankle and passes her hands in smooth circles up my calf. ‘You very stiff, here, bend your knee back, move your ankles. You must do lots of exercise, yoga good!’ Ow, ow, ow is all I can splutter in response.

At last she deftly removes the remaining needles – oh no, she says wait a minute, some blood here! Dab, dab. Then I get dressed and go upstairs for my daily tea mix (see photo), which I have to soak overnight and brew the next day. ‘Might taste bad,’ she warns. I imagine it must be foul if she says this now! Plus some sachets of mushroom powders to be taken twice a day, some funny brown pills (Liu Wei Di Huang Wan to treat yin deficiency – good for weak kidneys, menopause and diabetes and combatting low immunity) and my diet sheet. Nearly everything is marked X in the BAD column – see picture, on left. Oi vey. I whinge about giving up the alcohol, although I drink very little these days. ‘But surely you want to get better? Your kidneys very weak, kidney pulse very weak, only now getting better after one session. You come twice a week until you return Singapore, we make you better.’

The list of forbidden foods with the mushroom powder drink!

In other news, I am half way through the radiotherapy. The leg is beginning to get stiff and a bit sore, but Dr Miah assures me this is normal. My buddies come and go – said goodbye to a brave woman in her late 60s who has a sarcoma like mine but in the thigh – it was so large they had a ‘guess the weight’ at the staff Christmas party (it was 2.5kgs!). She is also under Prof Thomas; the Sir Lankan lady is almost done and my new friend from Oxford with a benign brain tumour also on the home straight.

My stick seems to attract the attention of other unfortunates: the two elderly drunks with a pit-bull lurching round South End Green, greeting me warmly, ‘Hiya, how are you love? Have a lovely day’; and Joe – we are on first name terms now  – the Big Issue seller, who always tells me I’m his first customer as he wishes me well too. The only exception was an old sourpuss at Belsize Park tube station who berated me for going up the ‘wrong staircase’. I shook my stick at her and said, ‘I am disabled and have cancer. This way saves me a long walk’. She looked at me in disbelief.

Well, it takes all sorts as they say, and even the grumpies of this world cannot take way from my determination to travel hopefully. 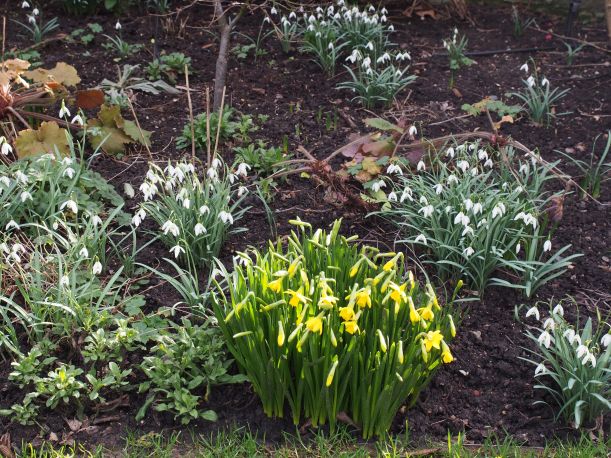