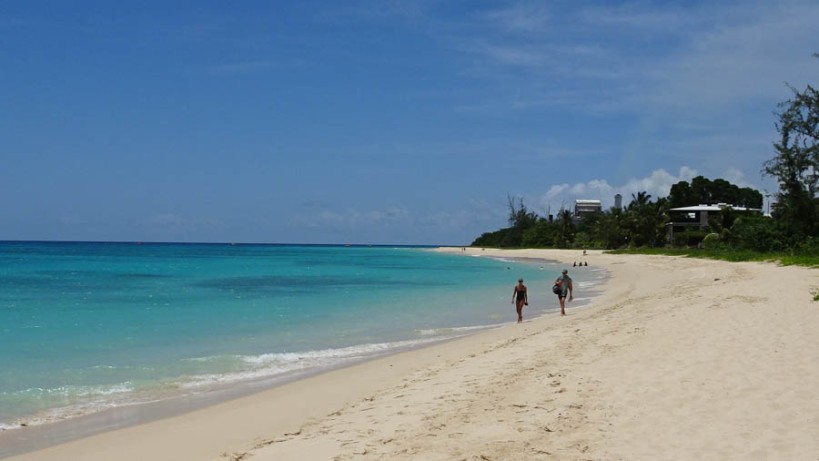 Brighton Beach as it is normally

I have been so looking forward to this 8 days of R&R with our friends JP and Heather who live in a lovely beach-front house on the very local Brighton beach. They have been here 35 years…and we have spent many happy holidays here with Tommy and Louise, and their boys. Indeed I recuperated here after I broke my hip, and Louise came with me as my minder. Bitter-sweet memories. 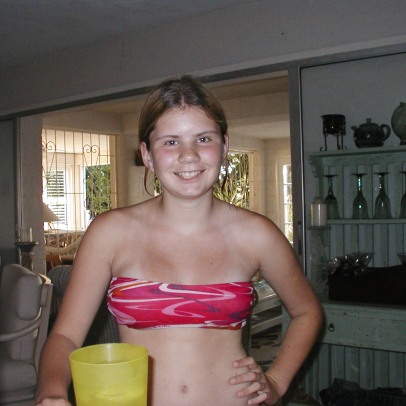 Louise in Barbados aged 12 or so

On the East Coast

At Crane with the kids 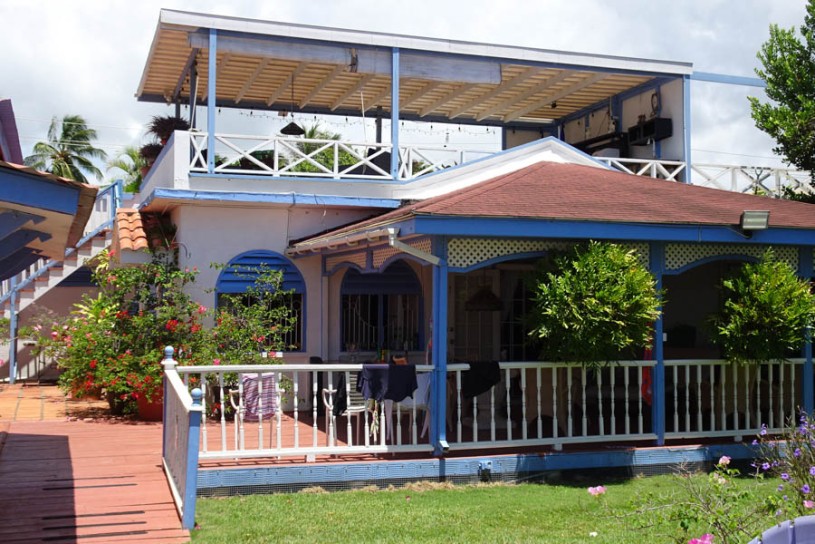 I book the wheelchair service which is patchy at Gatwick (ie a no show which meant I had to struggle through security and duty-free to the lounge where at last they picked me up) but great in Barbados where I am forklifted down from the plane, shuttled in a buggy and then whizzed through a priority line to be the first person out of the airport with my bags, albeit in a wheelchair.

Looking slightly anxious as I am levered down!

JP picks me up with some ominous words, which are to cloud my visit. ‘We’re all very concerned about a massive hurricane building in the Atlantic; no one knows yet which way it’s headed.’ This of course is Irma, and early projections show it hitting Barbados. Every waking moment is spent tracking its progress.

On day 2, we are relieved that it appears to be going further north and will miss us, but we see the effects of the winds being sucked into a swirling vortex over the island, the waves breaking big on the normally tranquil turquoise shoreline. The sun shines on regardless. 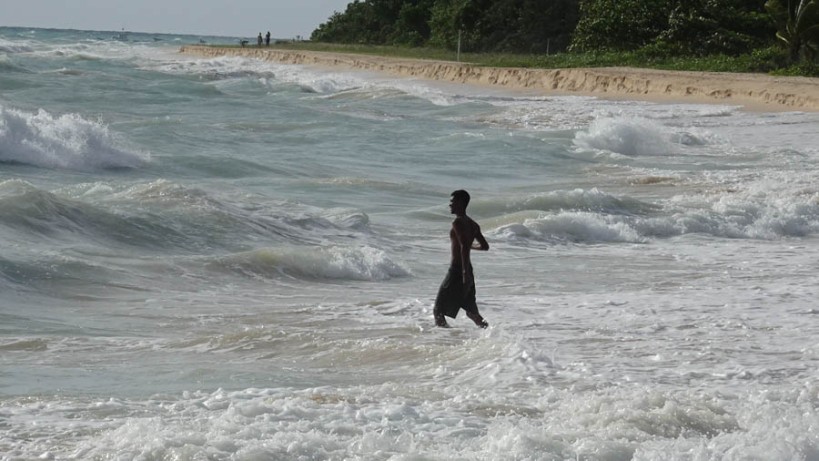 Heather and I stalwartly swim every day on our noodles (she has just had foot surgery). The sea is such a healer, and the physiotherapy exercises I learned at the hospital can be adapted from pool to sea.  The evening and morning after Irma we give it a miss when only a fool would go out – just like the Rasta guy dandling his daughter in the waves. 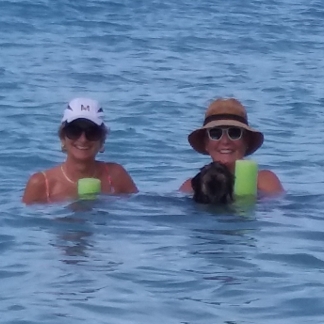 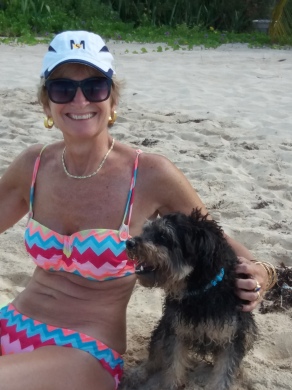 On the beach with Vino

The Rasta with his baby on the night before Irma

We know it is lethal because earlier that day we had done the island tour, over Cherry Hill and down into Cattle Wash and Bathsheba. We passed a group of surfers in the water at Box by Box; Heather remarked that it was an unusual place to surf from. Dropping in on some East Coast friends we learned that the meeting of the northern and southern currents caused by Irma produce monster surfing conditions attracting a world-wide following.

Looking over to the East Coat

The avenue to Codrington College

The famous rocks at Bathsheba

Only when we get home do we learn that one of those surfers, a 16 year-old boy, son of friends of Heather, had been drowned, right there, at Box by Box, victim of the waves and undertow. We had passed them, I photographed them, and in the very distance of one of my scenic shots, you can see a large group of people by the water’s edge. This was 30 minutes after we had driven by. Irma had claimed its first victim.

The photo with the group of surfers in the background 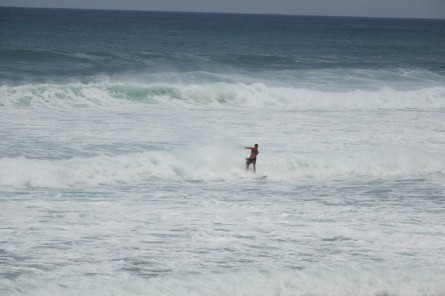 A solitary surfer before teh accident…

While we enjoy ourselves all week – market, sundowners, swimming, eating (marlin cutters with pepper sauce win the prize, washed down with a Banks), bathing in the pool of their gorgeous seafront house – we are glued to the internet and the TV as Irma wreaks her cruel havoc round the islands. All of us have close friends and relatives in St Martin, St Barts, Tortola, Turks & Caicos and of course Miami…Facebook becomes a channel for messages,  queries on whereabouts and announcements of safety. The scenes leave us feeling miserable for the neighbouring islands, and slightly guilty at our good fortune. 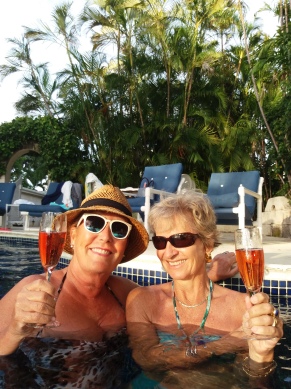 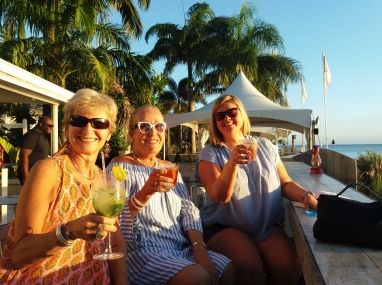 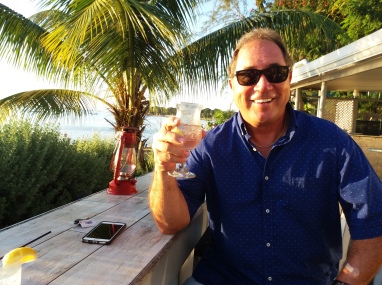 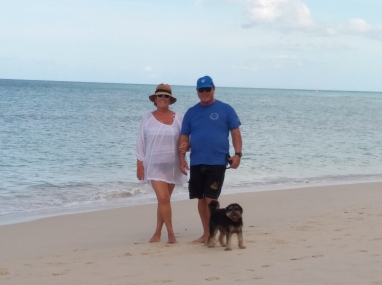 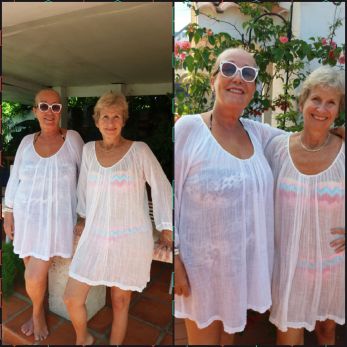 Not for nothing is the local phrase, ‘God is a Bajan’. 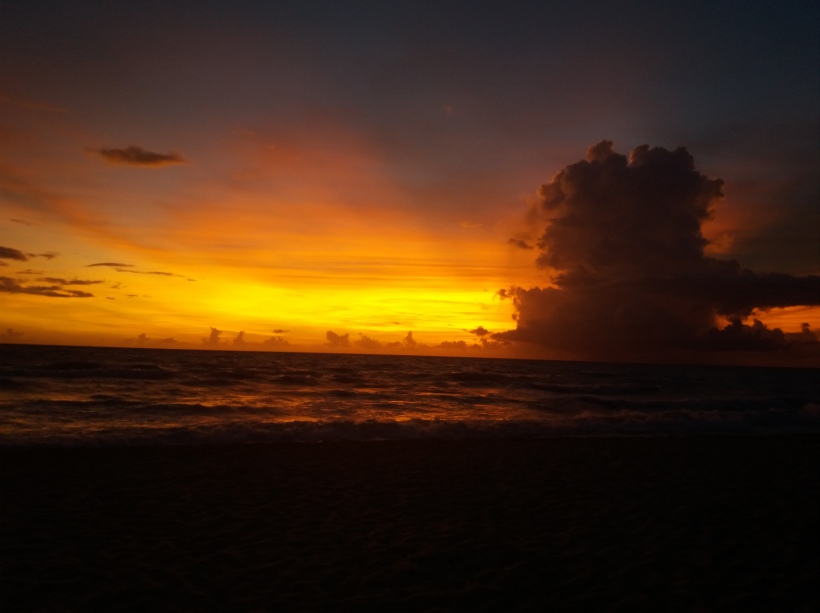