The gang selfie: me, Rebecca, Mish, Tommy and Lucian – its their future

A gaggle of us, all ages, nationalities, heritages and genders assembled at Green Park on Saturday for the Brexit March. 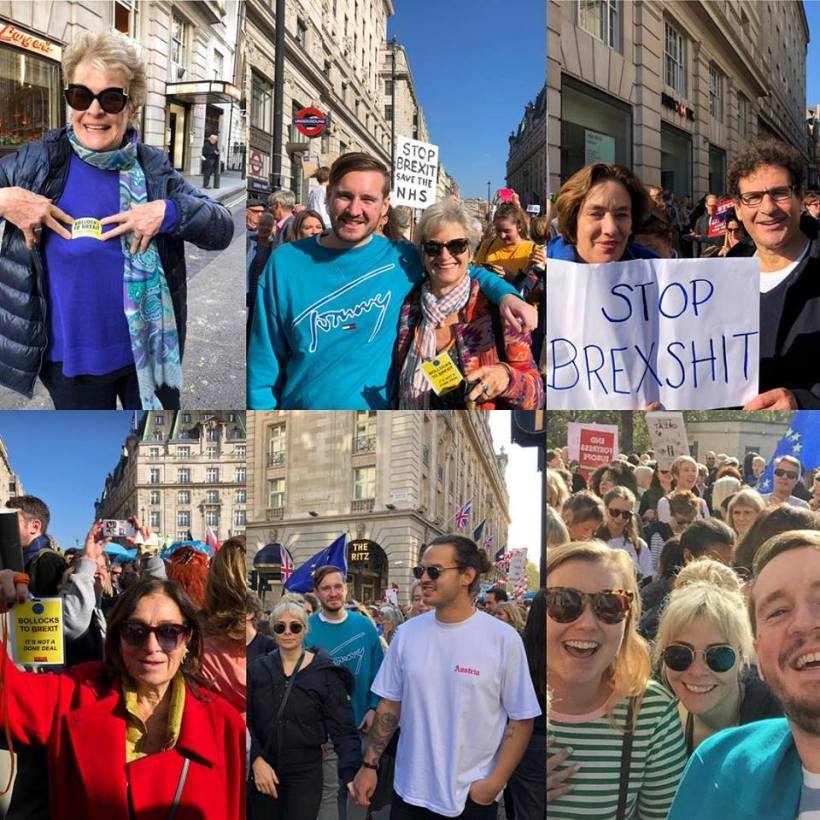 It is a gloriously warm October day, spirits are high, and the signs a mix of serious messaging and comedic script-writing. There are children in pushchairs, politically-correct dogs and the odd eccentric, like the man who shouts ‘Boris Johnson’s Charlatan and Liar, David Davis charlatan and Liar’ to much applause. 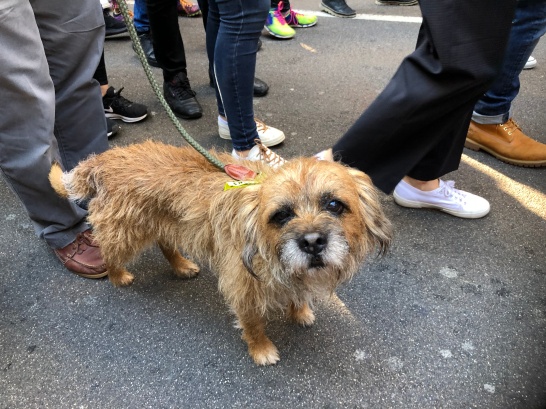 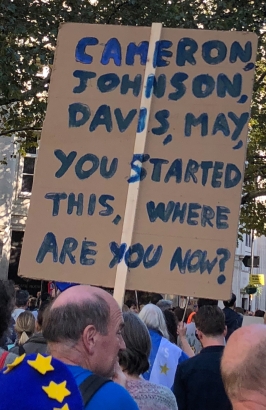 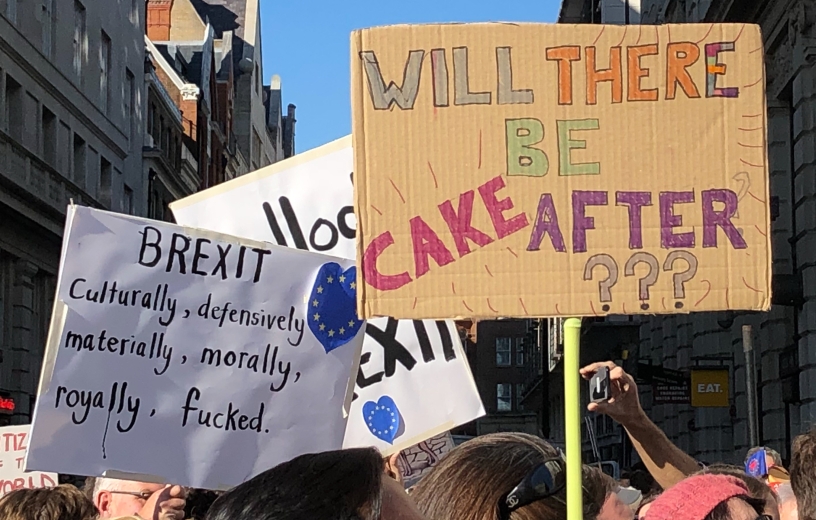 It takes a while to get going (sheer force of numbers – later we learn there are 670,000 of us), but once we get going we march steadily down to Piccadilly, right on to St James and then into Trafalgar. By this time, the drums are beating, the boom boxes reverberating and people streaming in from all directions. There are some odd fringe groups, like the Iranians against capital punishment (not a great day to further their cause I would suggest) and the Brazilian Women Against Facism in fine voice. 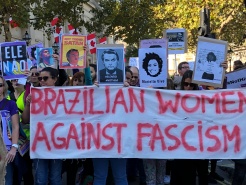 It is impossible to get near Parliament Square for the speeches so we spot a pub down a side alley where we sneak a drink. Some other marchers have the same idea and leave banners, one proclaiming Doreen loves Europe (cue a little song to the tune of Come on Eileen) and the other offering Brexit survival packs – warnings of Armageddon a bit scary – which resemble nothing more than a supermarket shop!

Armageddon is on the way!

It’s a great few hours – not sure what influence it will have with our cloth-eared politicians, but at least we stood, marched and were counted!