Here we are again at Basel Art Fair. We are lucky this time in that we have Art First doyenne Clare Cooper to guide us.

Admiring Donald Judd in the Kunstmuseum

We decide we need a top up on ‘proper art’ and head off to the Kunstmuseum. Their vaults are so large that there is a cornucopia of quality on every visit. 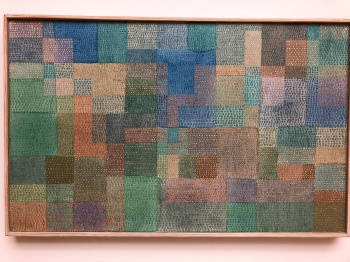 And another Klee, fabulous 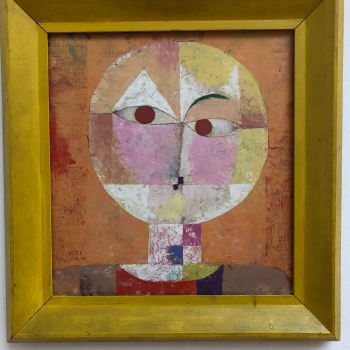 Egon Schiele – saw many more at the fAir

Calder suspended on the stairwell in new building

Feeling prepped we head off to the massive halls, where Clare advises us what look out for in the installations. 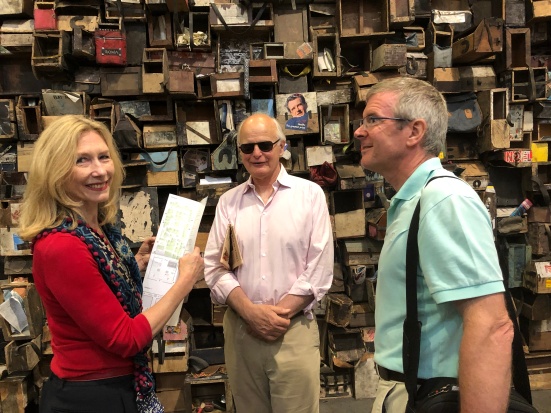 My highlight is Candice Breitz’s TLDR, 2017, a video installation which portrays a community of sex workers in Cape Town. The first room has a video of a 12 year old boy narrator, accompanied by a Greek chorus of sex workers, telling how Hollywood celebrities and feminist abolitionists crusaded against Amnesty’s campaign for better rights, asking ‘how artists living privileged lives can meaningfully represent  marginalised communities’. Spot on.

Close up of DNA 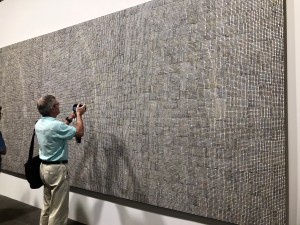 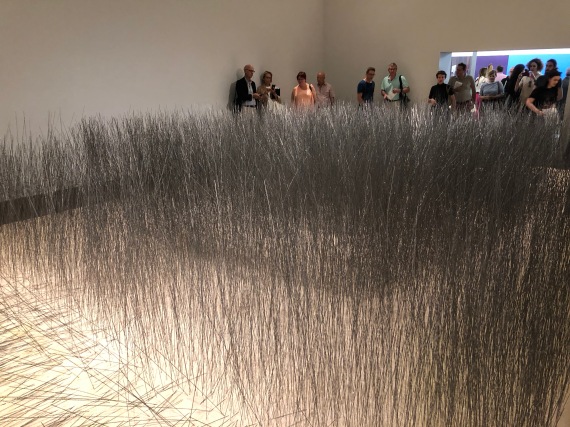 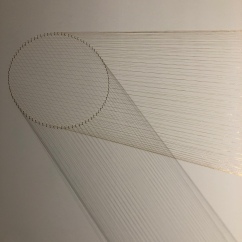 Ana Lupas being admired by Clare 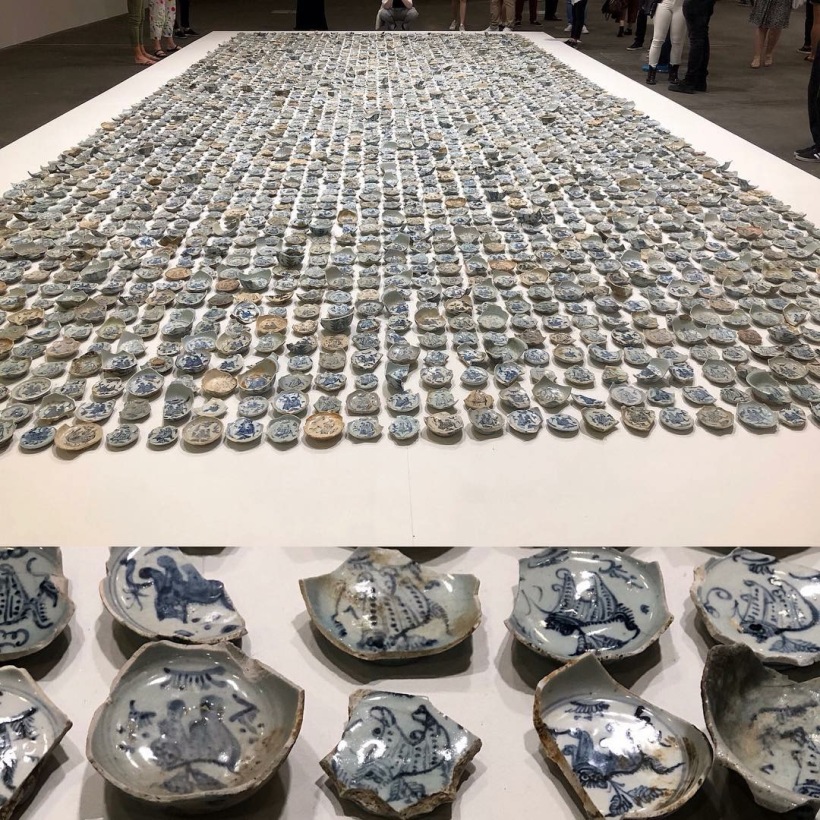 These exist in amongst less inspirational works, such as Kostis Velonis How to build democracy making rhetorical comments; Paul Chan’s Bathers on Ogygia, 2018;  and Birdman or (the unexpected virtue of ignorance) by Lara Favaretto, featuring piles of coloured confetti, left over from Basel carnival perhaps…and some very iffy video installations, always popular.

So this is what they do with the Fasnacht confetti! Lara Favretti says it ’embodies a ephemeral sense of transience, marked by the flow of time’. Really? 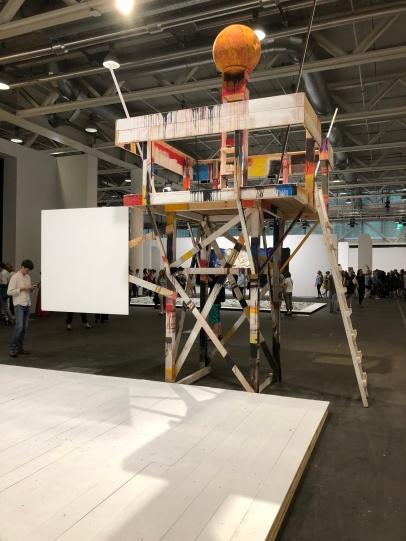 Exhausted by all this, we have a quick break before heading off to the gallery halls. I can only manage one hall so stick to the more conventional area.  Landau Fine Art as ever has an immaculate collection, but there are some gorgeous Baselitz, Leger, German woodcuts, Debuffet again, Miro, Van Dongen. 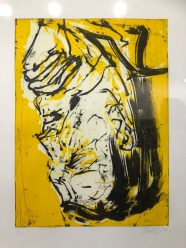 There are some more modern works too, particularly liked Wangechi Mutu’s Dream Catcher, but some absurdities like this pile of vodka bottles. 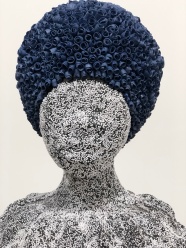 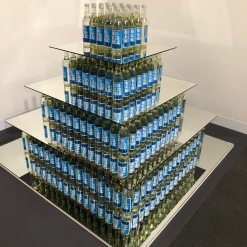 After dinner with ceramicist Lucille Lewin and her husband Rick,

we set of for a Sunday stroll round the reliable Beyeler where there is a Bacon/Giacometti show. I had no idea he and Giacometti had shared a model, the artist Isabel Rawsthorne, so this was a revelation as was Bacon’s earlier work which made him much more accessible to me. 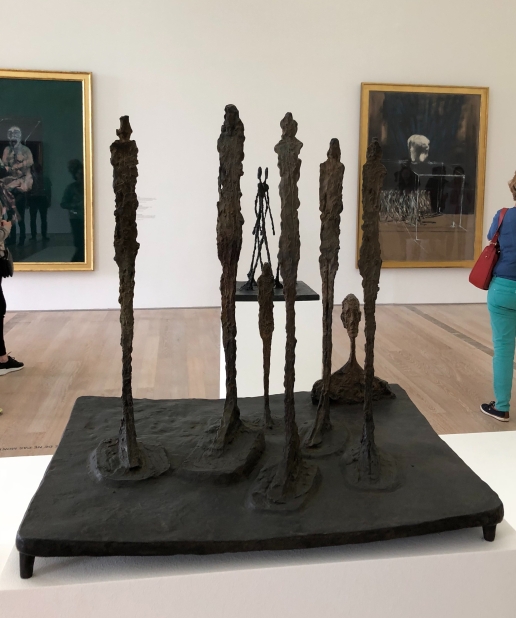 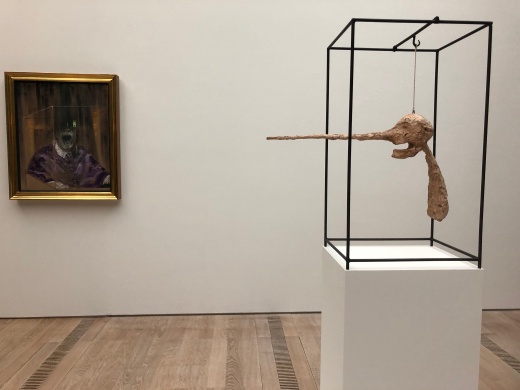 The nose and an early Bacon 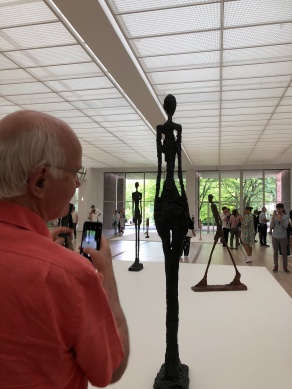 JB waiting for a clear shot!

Love this of the walking man with his counterpart behind… 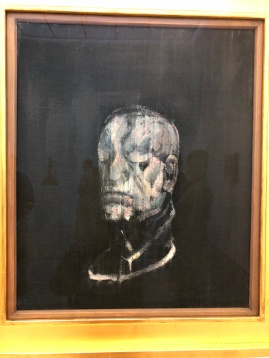 We enjoy the permanent collection before retiring for a lunch in their wonderful gardens. 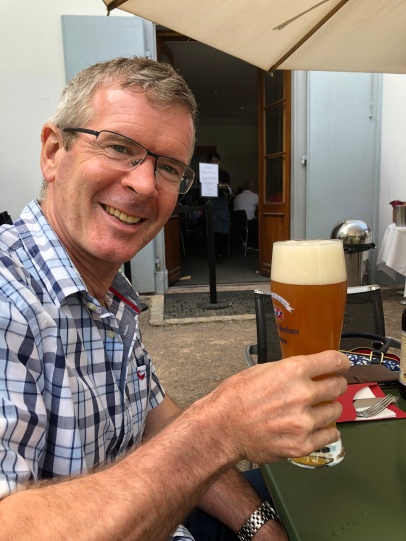 With husband John at the Beyeler 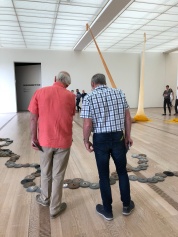 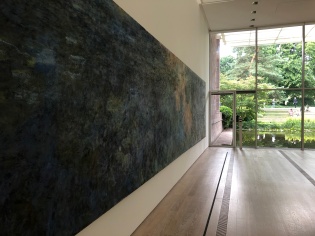 From lilies to lily garden

It is enervating to visit the fair, and call me old-fashioned, but I much prefer the nuanced shows in the Beyeler or the Kunstmuseum. Until next year…I leave you with Bacon and Giacometti. 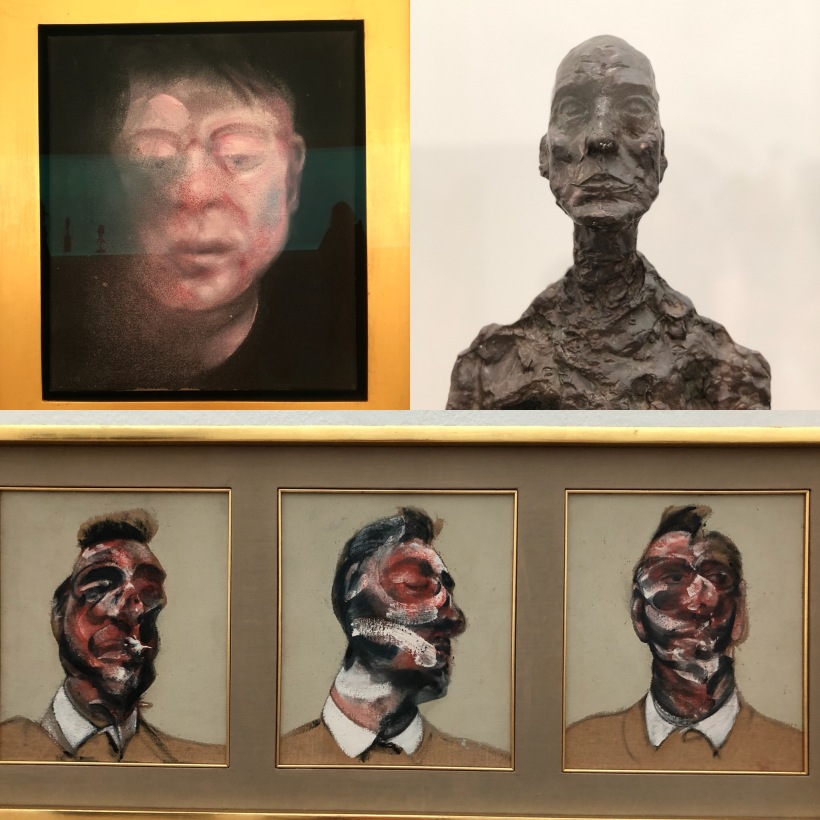 One thought on “Basel Art Fair – quality or quantity?”