It’s January and the annual Queens College ski reunion. This is the 10thyear that old Cambridge friends have gathered in Switzerland, and now France, to remember trips of yore, including the celebrated one to Avoriaz where Ross and I met 40 years ago!

The view toward the Dents Blanches

Ross about to do the Swiss Wall 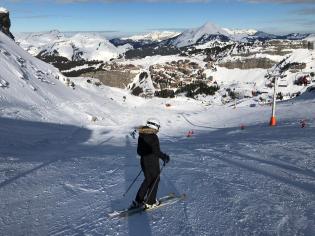 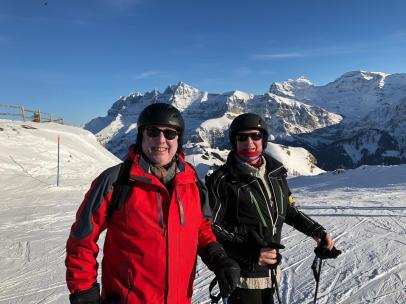 This year we are a reduced number, but it is no less fun for that. A strict no spouse unless linked by skiing ensures that the ‘boys’ (and the girls) let their hair down. Catherine has joined us despite having a new hip and loved experimenting on raquettes. Bravo! Local friends and relations join us as friendships have been forged over the years. Blessed with new snow and sunshine, it is easy to start early, lunch well and to dine splendiferously.

Lots of genepi on this trip! John, Robin and Batch – all Queensmen 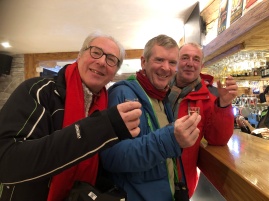 Another day another beer…Ross, Robin and Batch 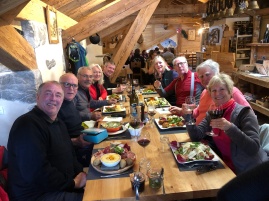 I stay on after the gang has departed and meet up with some stragglers and enjoy the fab conditions. Later in the week I ski over to Les Gets for the annual Livery Companies’ ski championships, held in Morzine.

Looking down the course, day 2 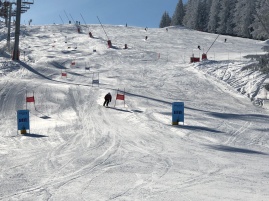 The course on day 2, just in the sun, with the Master-elect of the Stationers who achieved the livery’s best time when age-adjusted 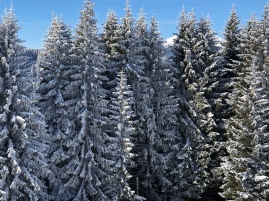 Hosted by the incoming master of the Stationers, by my old colleagues the de la Bedoyeres from Heinemann days, and accompanied by my Vintner neighbours, I have split loyalties when it comes to cheering the racers down the two race courses. As a publisher of over 40 years’ standing, at heart I am a stationer. 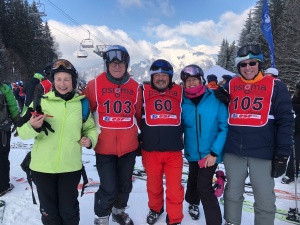 Martin pleased to have got down!

On the second day it is -14 and freezing cold in the shade. Luckily during both races the liveries provide copious vin chaud which makes the races fly by… Funny that.

The cheese room in Morzine! 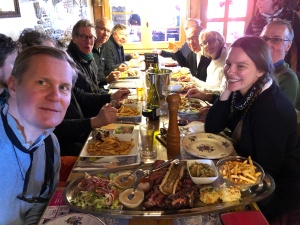 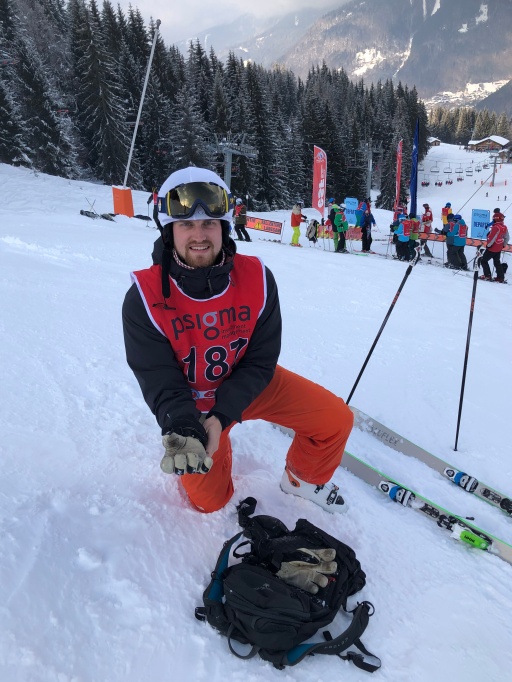 One more day with our friends the Netts where we do the circuit – 37 kms non-stop, which takes in a Jazz band on the lift above Les Croset, and then off to celebrate our cousin Diego’s 70 birthday in Geneva. What an exhausting few days. The good news is the toe seems to have healed, the pulled lateral femoral muscle calmed down and I manage to escape with no injuries. Hurrah! 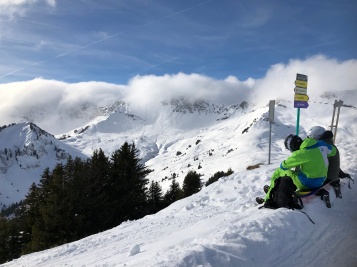 Looking out towards the Dents Blanches

One thought on “Reunions & races on the Swiss ski slopes”