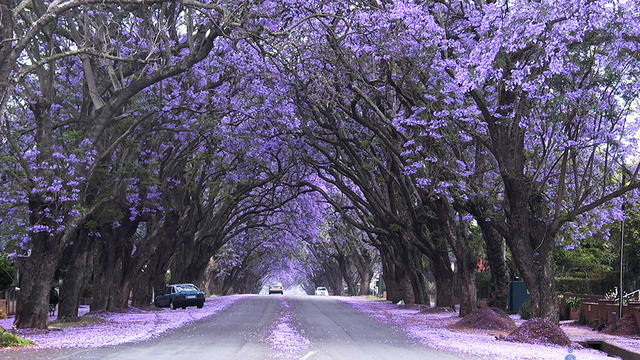 I have always found Harare one of Africa’s most tranquil and colourful cities, despite the bad press. Give me Harare over Joburg and Nairobi any day. We always spend a day here on our return from Mana Pools. At this time of year the bougainvillea cascades purple, crimson, golden, and the jacarandas form vibrant lavender avenues along the main roads . 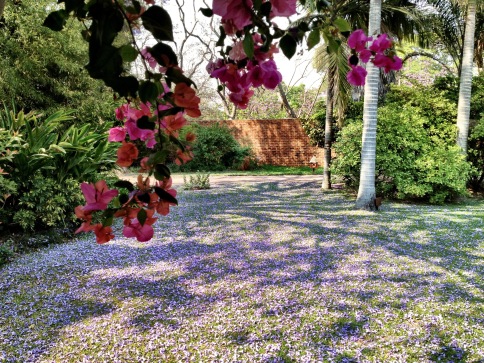 Despite the complete lack of cash in the economy, the higglers ply their wares at every junction, minibus interchanges are humming, roads are lined with vendors peddling large sacks of potatoes, piles of watermelon, sweet melon, trays of strawberries, nets bursting with avocados. It looks like business as usual but life is hard and there is a cholera outbreak to make matters worse. We find a guarded optimism that the new president, despite his history, has a head for business; the World Bank is back. 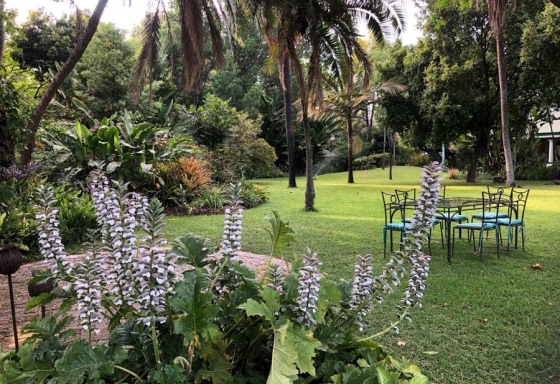 The garden at York Lodge

We soon learn that US dollars are gold dust – when you can get them: the banks have none, the cash register in local supermarket is empty and thirstily devours our paltry $6 for some hot sauce, everyone’s eyes on stalks. Paperless cash rules: from the Zimbabwe bond note (newly printed ‘dollars’ tied to the US $ but bearing little relation in value, which go from bank account to bank account); eco-cash swooshes from phone-to-phone for every transaction upwards of a single dollar; PayPal is prevalent and hard currency is in high demand at black market rates. 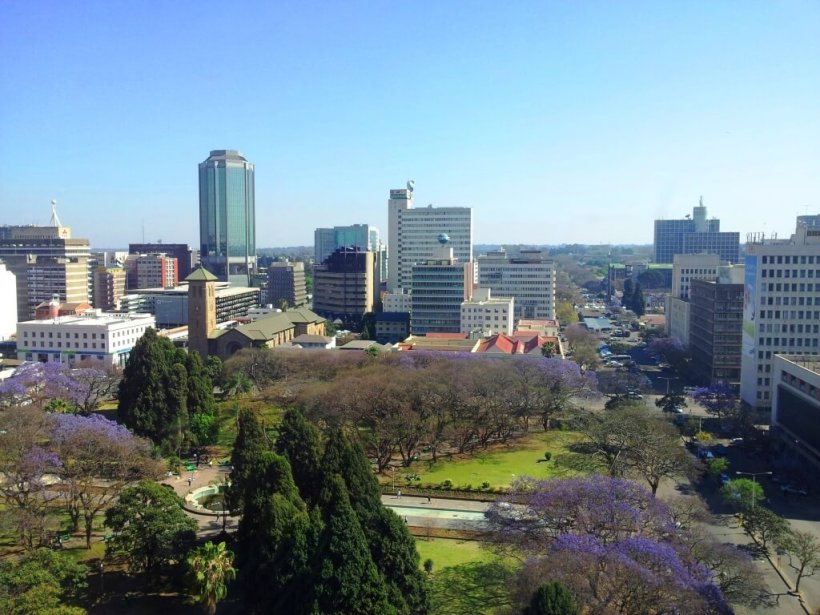 We see this in action at the craft fair we go to on our return from Mana Pools. Rows of colourful stalls selling everything from agricultural machinery, braais to oil drum birds and huge warthogs – Cindy was a ready buyer – and intricately-made wire animals. To add to the bizarre spectacle the world champions St Johns College Pipe Band are playing Scotland the Brave and other patriotic tunes while they march the perimeter fence. 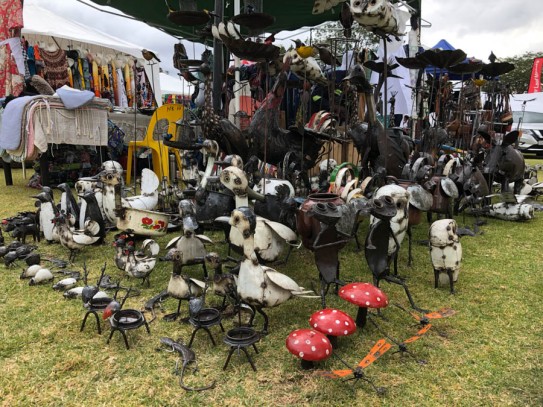 All manner of wildlife made from oil drums 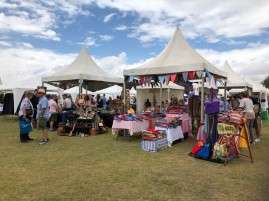 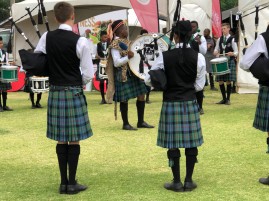 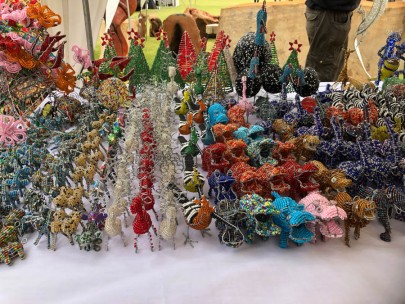 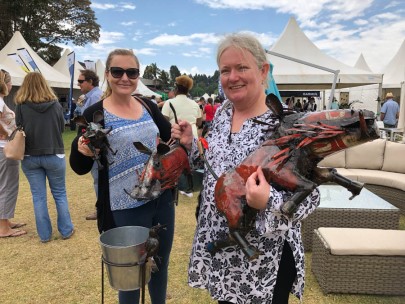 We stay in York Lodge, a haven of peace and my favourite hotel in the world. Set in luscious gardens with ornamental pools and serving delicious food, we sleep in charming rooms, all uniquely decorated reflecting owner Margot’s exquisite African taste. 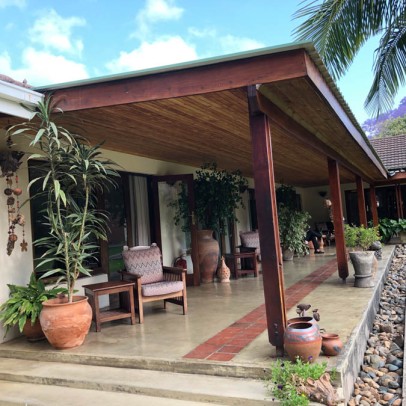 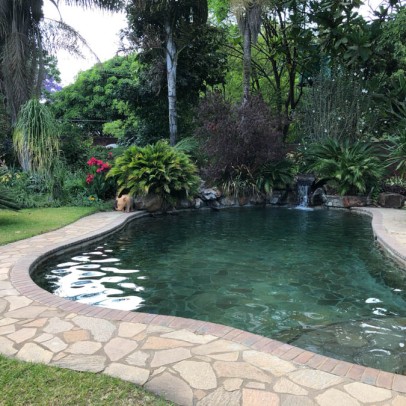 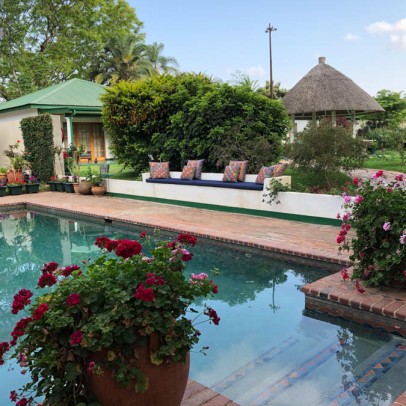 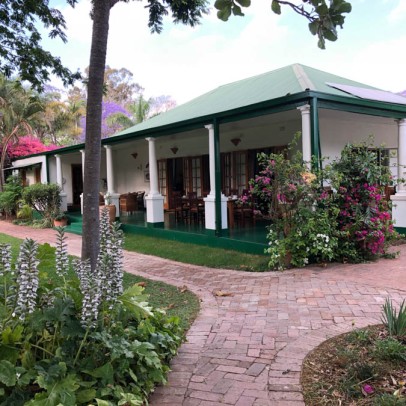 We are privileged to receive an invitation to visit the Tikki Hywood Foundation (click to see more about them), guests of Lisa and Ellen, whose mission is to ensure the survival of endangered wildlife species, in particular the pangolin which is the world’s most trafficked and concomitantly endangered species. Over one million are thought to have been trafficked in the past decade, mainly for Chinese and Asian medicine and aphrodisiacs. In 2017 scales from 20,000 pangolins were confiscated; Lisa was recently responsible for getting pangolins listed on CITES. The Foundation actively rescues pangolins and releases them back into the wild. Several have been released into Mana Pools. But it’s a drop in the ocean… 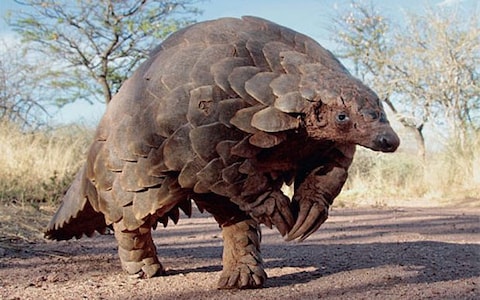 Check this link to learn about pangolins 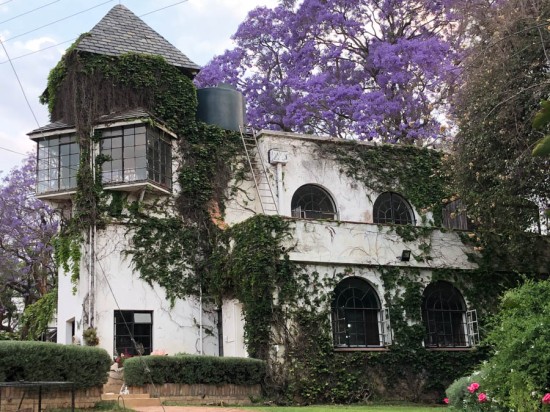 We are warmly greeted by Lisa who explains the Trust’s work over a nice cuppa; later we walk round their enlightened enclosures where they keep their ‘lifers’, those animals who have been too injured or traumatised to be released. No animal stays in one place for more than day, so they are constantly stimulated. There are a pair of wild cats, a hyena who behaves like a pet while exhibiting all the characteristics of subservience to his dominant female, Ellen; hedgehogs, otters, serval cats, muddled in with chickens and rabbits who are apparently a soothing influence on shy survivors. There is even a small group of bat-eared foxes who arrived far too young ever to be released. Sadly the pangolins are kept elsewhere in a secret location so we don’t see the stars of the show. 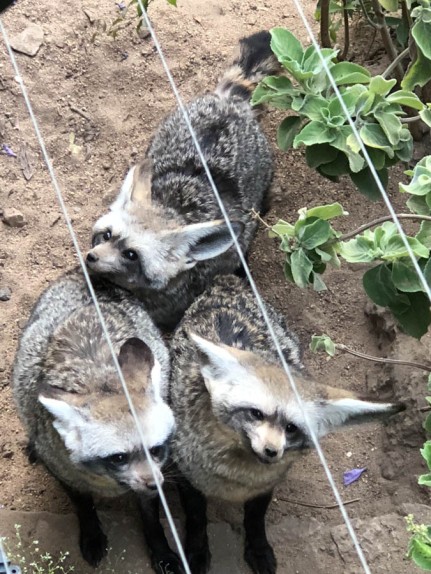 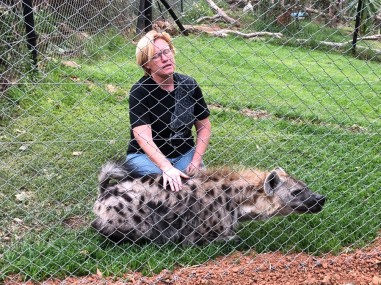 Ellen with teh submissive hyena 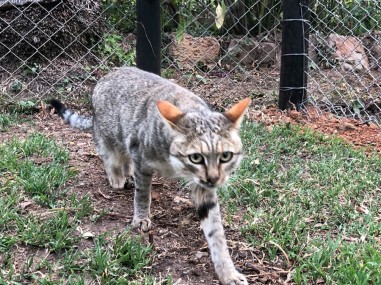 African wild cat – almost tame, gave me a nuzzle but inclined to nip 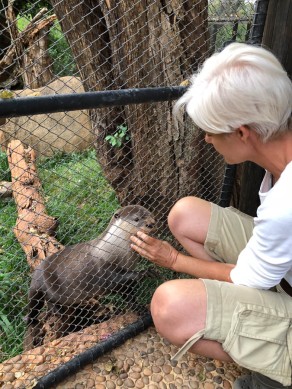 Lisa with her otter 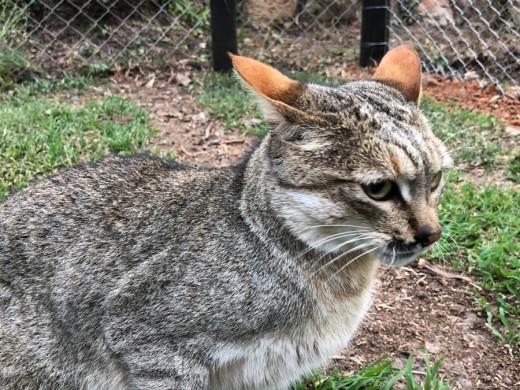 close up of the wild cat, showing pink ears

Our 24 hours in Harare is busy and it is soon time to leave, but we will be back!