Switzerland never ceases to surprise! This weekend our friend Tim mentions that there is to be a cow fight in the next-door village of Morgins. Bulls, surely? I ask. No, cows! The Hérens breed which comes only from the Valais are well-known for their female aggression in the spring when they spar for territory. This has become a major tourism attraction and the cows go from valley to valley and fight in five classes for the final title of Queen of the Queens. 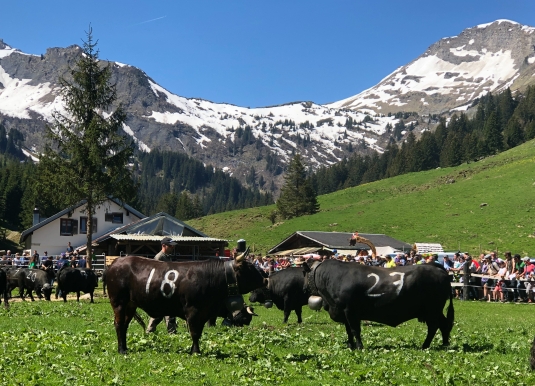 We park in Morgins and then wander up beside a fast-flowing melt-water stream to the Alpage du Vieux-They. We are just in time for the first bout, the genisse, or heifer class. Out canter five or six young’uns who are more interested in eating than fighting although a couple lock horns rather half-heartedly. 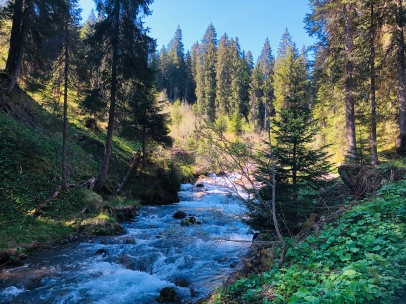 We ski on the other side of the stream in winter! 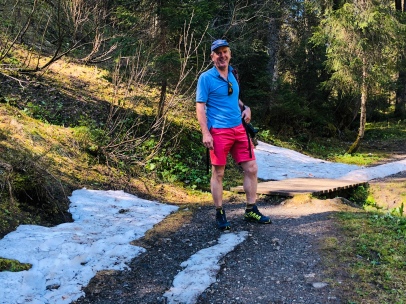 We reach the snow-line!

We notice the smallest, Milyn aka 26 (all the cows have names and we get a programme describing them all and who they belong to), is prepared to have a go at anything – a behaviour that is repeated when the big girls come out! The attendants rush round after her trying to stop her from being annoying and occasionally one of the larger girls charges and sends her packing. She is a champ in the making for sure! 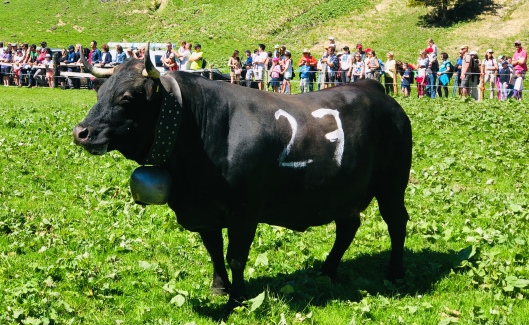 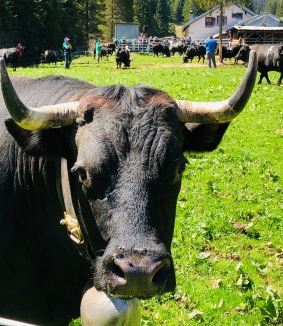 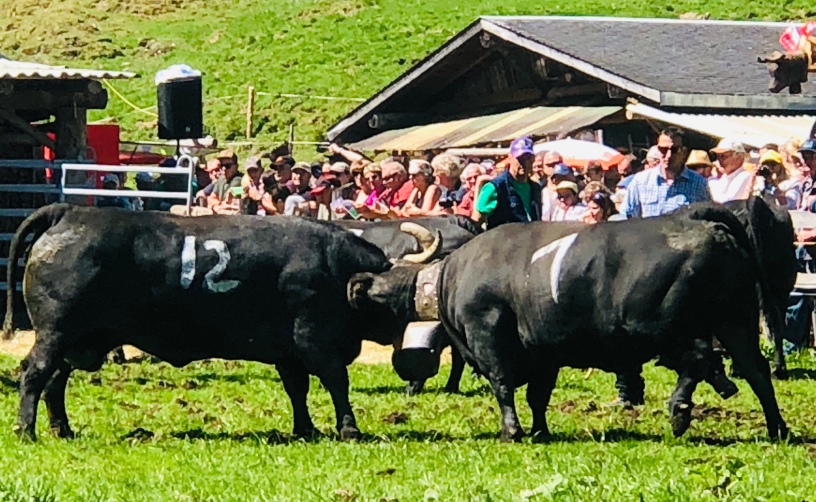 Let me reassure you that no harm at all is done to the gorgeous beasts, and they rather enjoy pawing the ground in bull-like fashion, sharpening their horns and charging at each other. But it is all a bit desultory, and the loser soon turns tail and the grazing can continue. By the end of the afternoon a winner has been crowned for each class, which qualifies for the grand final. 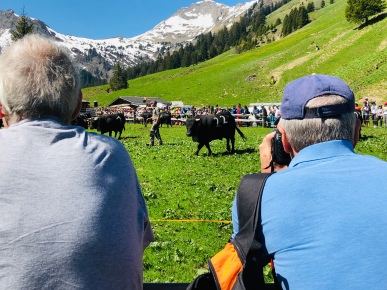 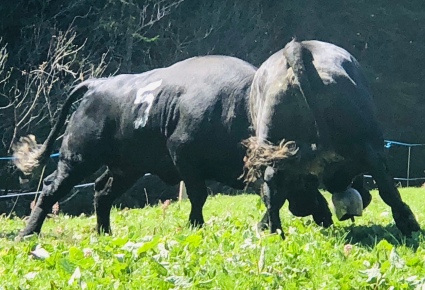 We are here with Canadian Cowgirl Connie, who is bowled over by this experience and Adrian is forced to buy her a commemorative cap. 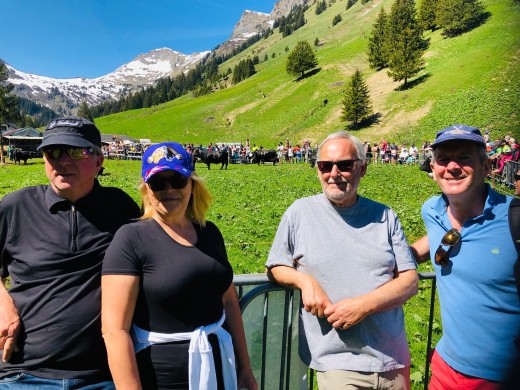 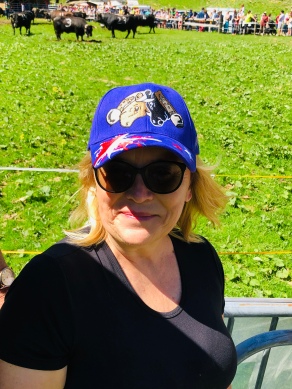 Like all Valaisan occasions it is accompanied by copious amounts of food and drink, plus traditional music in the shape of accordion players and alpenhorns. It really is something out of the middle ages. 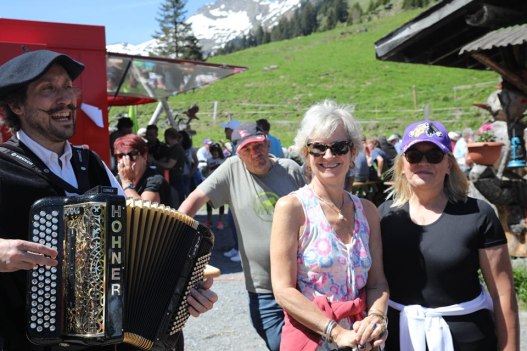 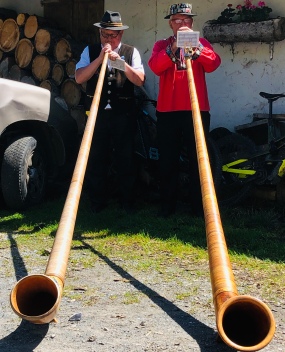 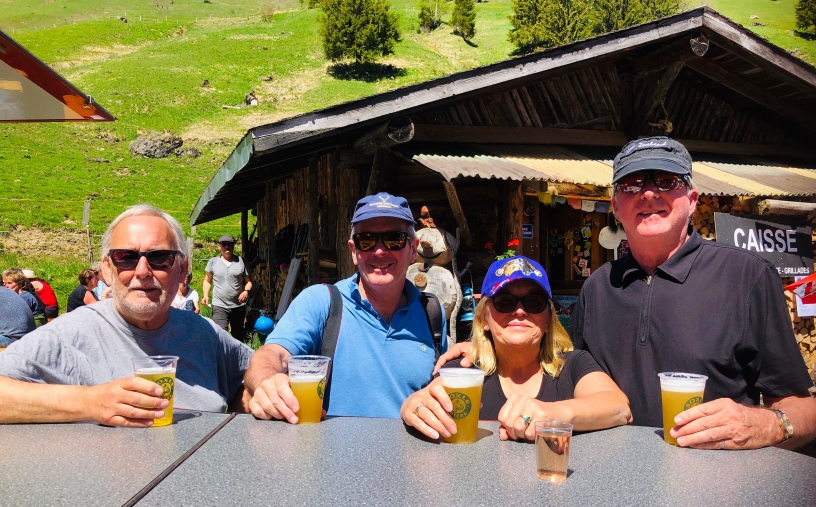 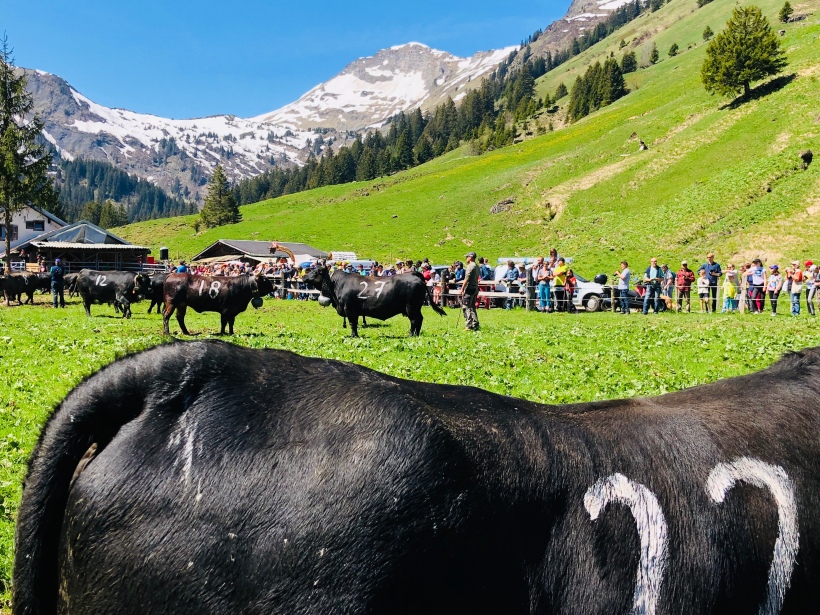 A stunning backdrop for the competition