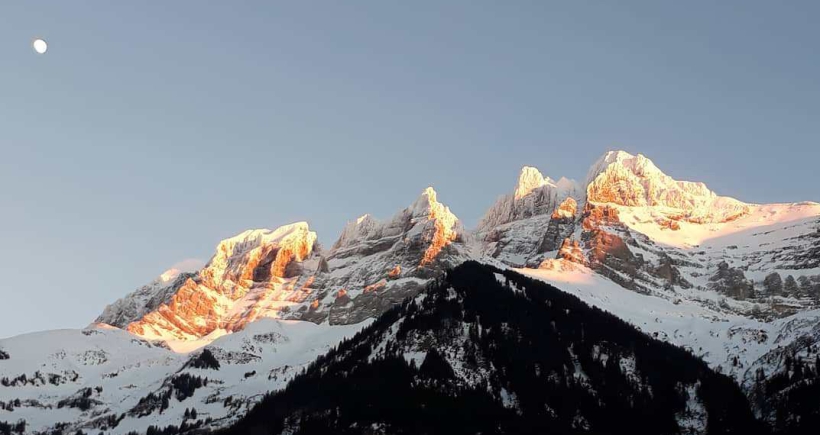 This season saw some of the best snow for almost a decade, but also some of the worst weather. For us weekenders, we were constantly frustrated by the enthusiastic reports of sunshine and fresh powder on weekdays, while we were rained off for two consecutive weekends! Somehow these photos don’t reflect that –  who takes photos when it’s miserable?

Fabulous, noone in sight… 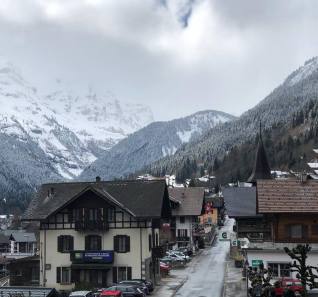 We began at Christmas

Tommy’s xmas map of the piste…

where we had rare early and good snow, and some sun, carried on to the Queens reunion weekend 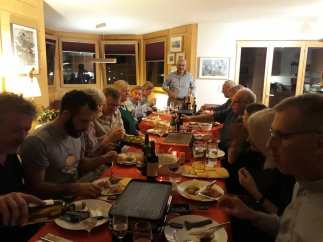 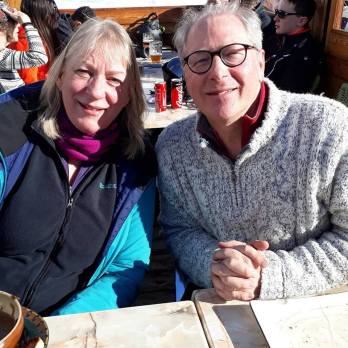 where again we were blessed, and finally ended last weekend with some fabulous late spring skiing and gorgeous weather. Only the second time we ate outside.

Meeting up with TOmmy’s mates – Freddie, HAry, James and Ross joins in with the grappa 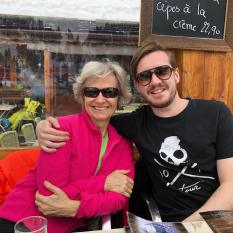 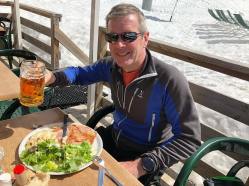 Last jambon a la broche of the season 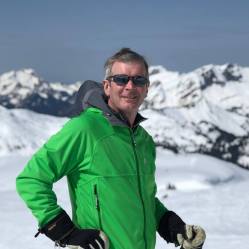 The season saw us meet up with old friends and family and it was good! My only regret was that I did not buy a season’s pass as I was too nervous of my new hip and failing to get value. As it turned out I ski-ed over 21 days and pronounced myself steadier on skis than on two legs…so it goes! My back and mobility problems persist and more on that in another blog…

with Betty and Tom 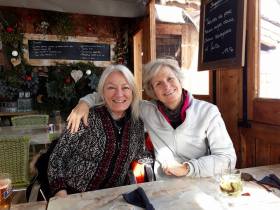 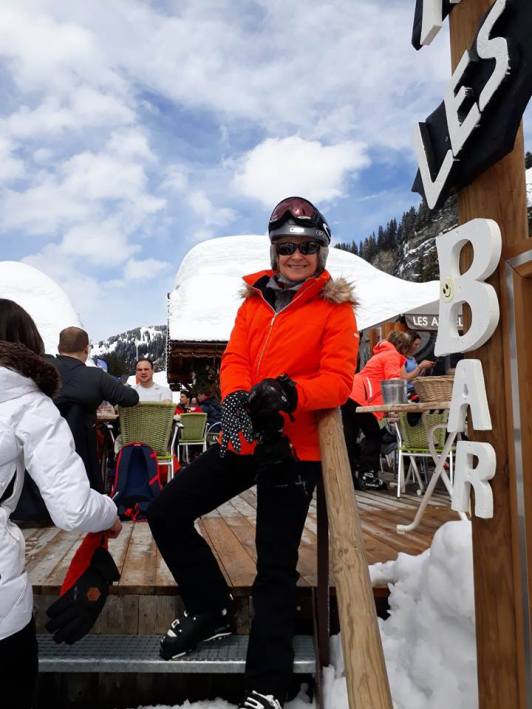 Propping up the bar!

With CAroline de la B

a rare sighting of Diego & Christine on the slopes together…

with our partners in crime, the Netts

Meanwhile in the last week of the season Ross & Tommy with chum David did the Haute Route Imperiale, a 5 day ski tour in the Valais from St Luc to Zermatt. You can read about  it here.

The team in front of the Matterhorn

Winner of the moody shot prize