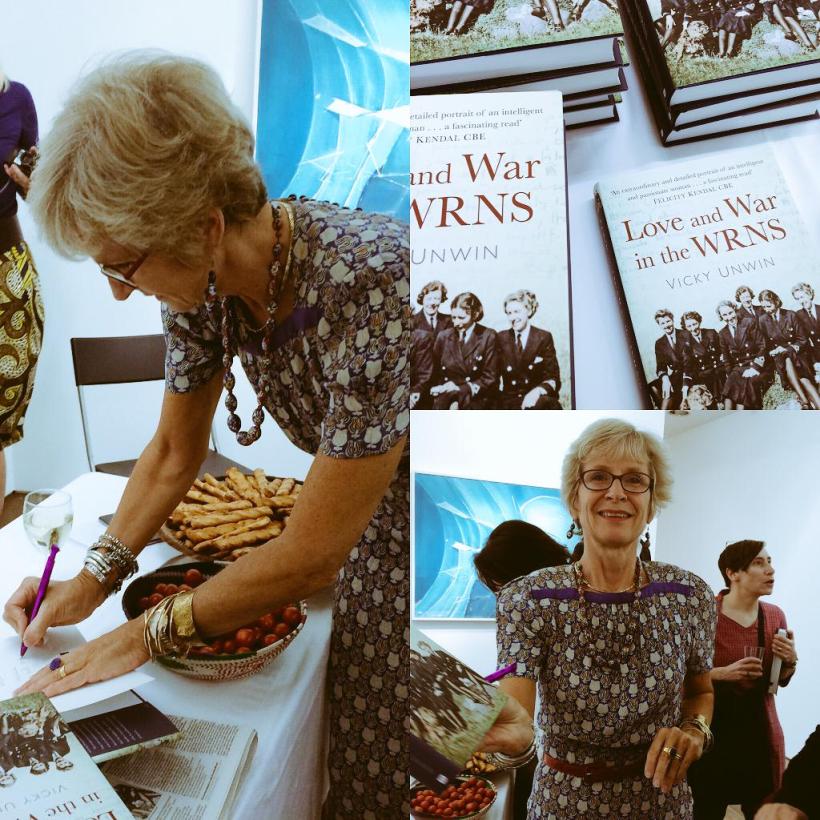 This journey began well before I started writing my blog, before Louise and my father died and before Ross and I got cancer…it is the book I have been working on as a tribute to my mother and her war experiences, which left her ‘bursting with pride’.

This week we launched the book to a packed group of friends and family at Art First in London. I signed and sold over 70 books,  and my former boss Stephen Warshaw made an amusing and affectionate speech, comparing me to my mother and culminating in the touching finale:

“Sheila developed in to a feisty and fascinating (and I would add courageous) woman loved and admired by many from all backgrounds and races, young and old…And SO IS VICKY!”

Me remembering my mother and Louise

There has been a fair bit of publicity about the book – all generated by me, as publishers these days seem to do little to promote their authors other than send out press releases – a great review in the Evening Standard, which likened my mother to a modern-day Jane Austen, surrounded as she was by all her suitors, and appreciating the ‘tantalising glimpse into the rarefied world of the Wrens and, perhaps more importantly, a vivid sense of what it was like to be a young woman living through such tumultuous times’; a review in the Sidmouth Herald (I will be doing a book signing in Devon next week), a big feature in next Thursday’s Daily Mail; and my ruminations on the book on platform505. I quote an extract here:

It led me to think about how young those women were – like my mother, who set sail for undreamed of challenges and experiences. Louise was 21 when she died, the same age as my mother when she was commissioned and went to Egypt. It is hard to imagine how our children’s generation would have coped with such privations and danger: we molly-coddle, pamper and spoil them so that the ‘gap year’ becomes the zenith of their exposure to danger – but they still have money machines, mobile phones and wi fi even in the most remote places. 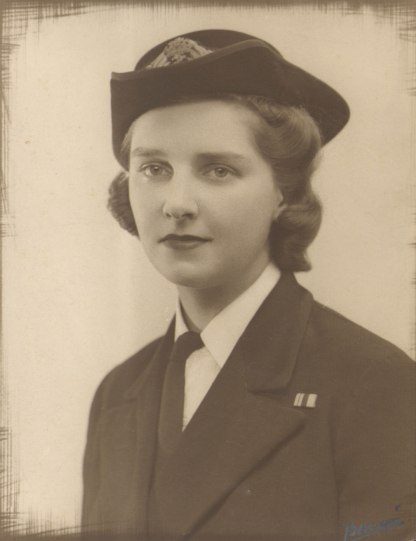 My mother when commissioned in 1941

Can you imagine being stuck on a troop ship for weeks on end, wondering if you were going to be torpedoed? Only two ports of call to send and receive letters? Uniform to be worn at all times except when doing PE – but there was a batman to do the washing and ironing! Or having to evacuate your station because the German Army is on the doorstep? Having the pick of so many young men, but wondering if you would ever see them again as they disappear from leave back to the Front?

On shore in Cape Town with her friend, Diana Chard. Mum on right.

It is easy to dismiss my mother’s letters on one level: yes, they are full of frivolity, frothy and fun, but every now and again – to stop her mother getting the wrong idea, I suspect – she slips in details of her work, the long hours, the dirt, the flies, bugs, sickness; the ups and downs of being a cog in a machine when things don’t go your way – promotions, postings and red tape. It was very tough, and I think the forces all lived in this parallel universe where having a good time masked the realities of the fear and danger.

Better on a camel…

My glamorous mother in Germany – overseeing the peace – after the war ended, 1946

Perhaps the most poignant take-away from letters like these is that there will never again be records of extraordinary times captured by ordinary people – women like my mother, Sheila, who give us a real sense of what it must have been like to serve your country in its hour of need. People just don’t write letters any more, and that is a real shame.

My installation – mum’s fur coat and naval great coat, compete with WRN’s hats. Wearing my mother’s dress form the 1940s; a dress Louise also wore on her last Christmas. In front of a Dolly Thompsett painting.

Now I need to think about my next book!

You can order the book on Amazon. 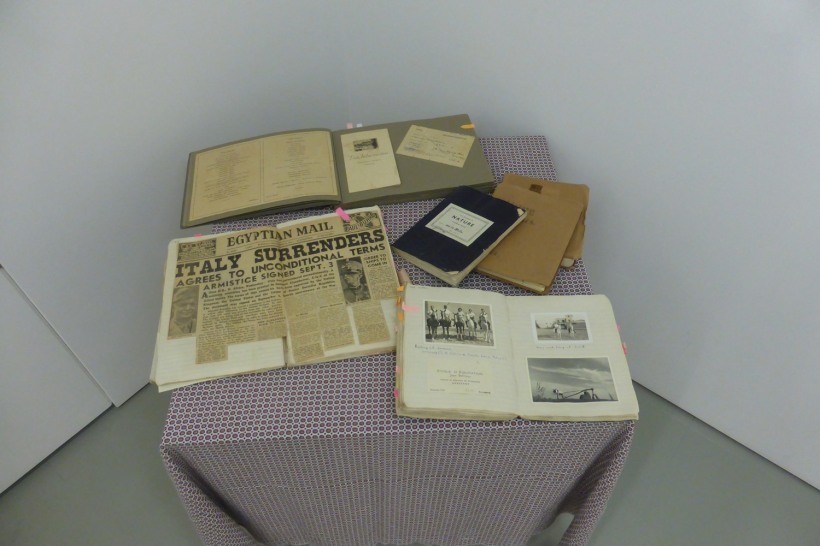 The original scrapbooks on display

One thought on “One journey ends: my book Love and War in the WRNS is published!”