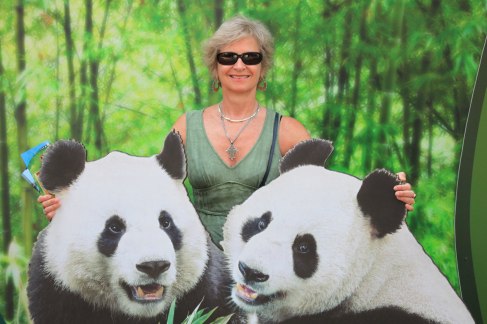 Gosh, Singapore never ceases to amaze me! I am not a fan of zoos normally (obviously when the children were small we did the rounds) but I was recommended to visit this one, renowned for its design and the relative freedom of the animals.  And SIngapore zoo is host to two new guests, Kai Kai and Tia Tia. (Can’t tell which is which tbh) 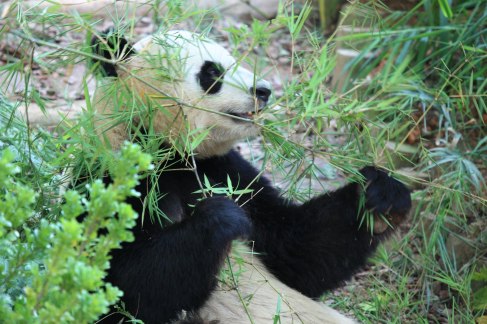 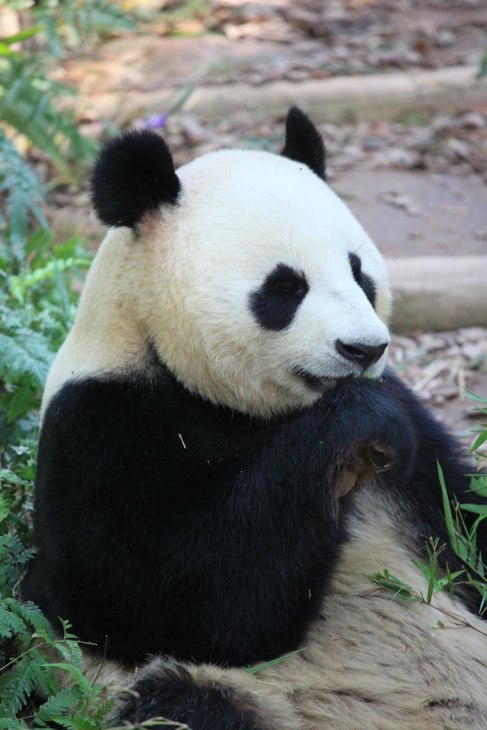 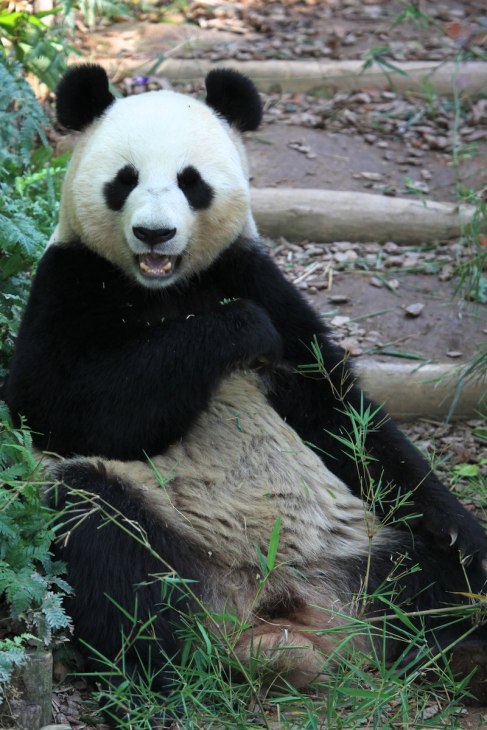 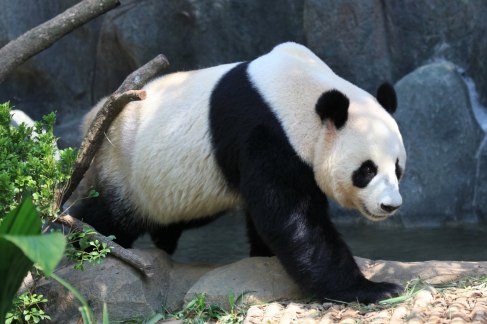 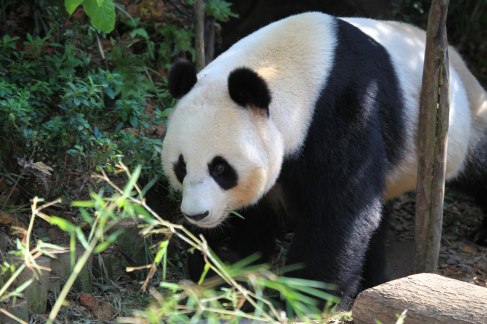 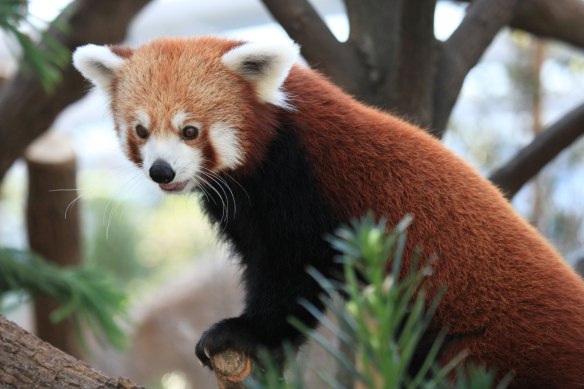 and the gorgeous red panda – Ross says the last time he saw one of these it was a delicious beer in Bhutan!

Singapore zoo is green and luscious, here is Ross walking (mind you it was 33 C yesterday and sticky as hell). 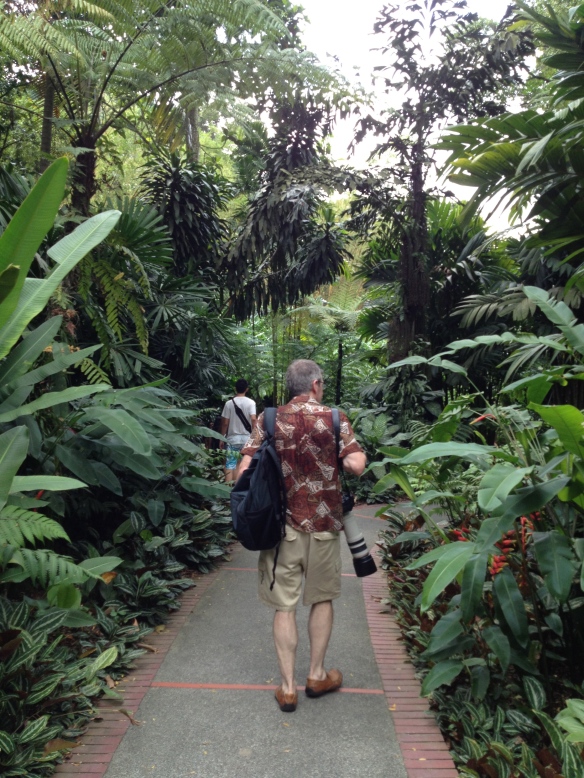 Most of the animals seem happy enough (apart from the white tiger, who paced around his island, while his mate slept – we women know how to relax – though we did catch him having a bathe which was fun). 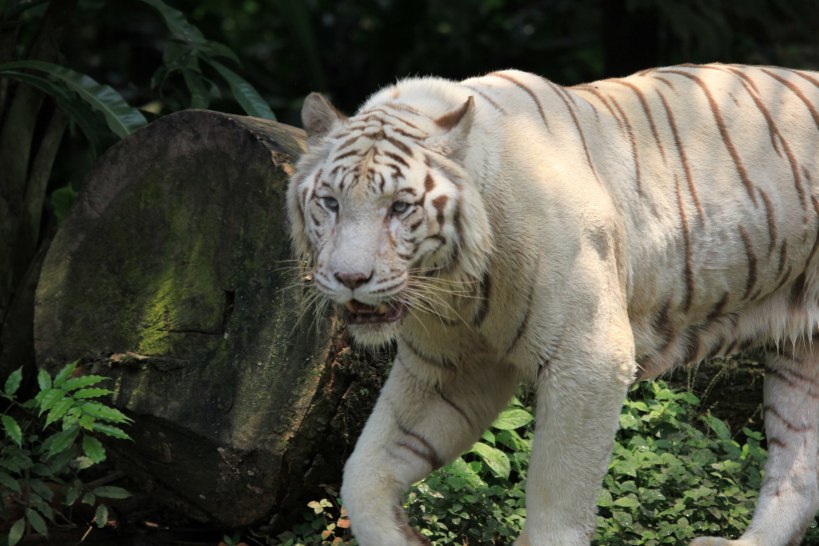 The monkeys  are kept on islands and swing around with abandon. So much so that these little buggers (squirrel monkeys btw) bit a poor girl who was walking underneath them. Feeding time takes on a new meaning! 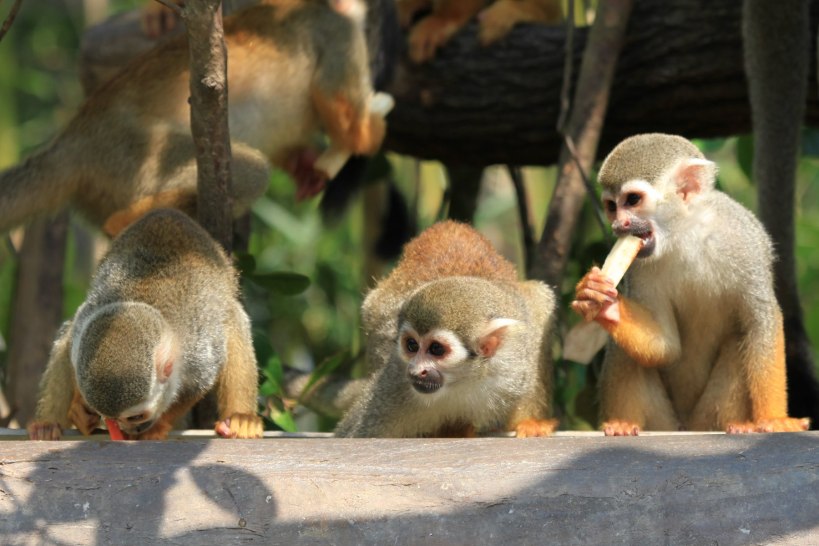 Some plus points for this zoo: one: its research programme, here into the amazing Proboscis monkeys. 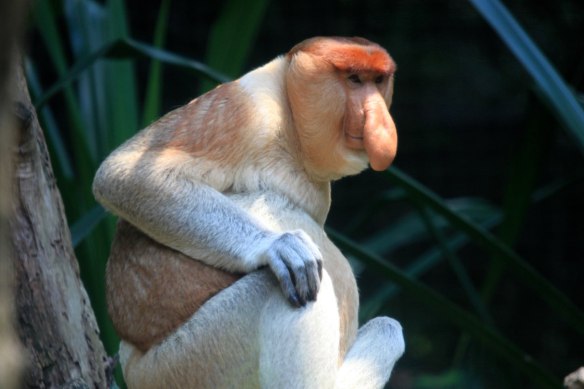 This is the alpha male, you can tell by the size of his…nose! 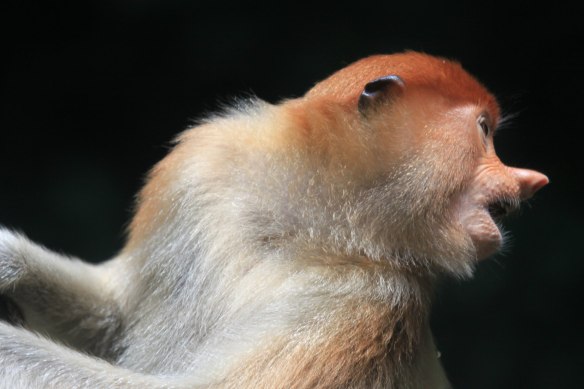 Two, the largest freshwater aquaruim in the world. Here is my one and only photo contribution, a banded sea otter like we saw in Kerala in the lake, here playing with a coconut as we watched underneath. The rest are Ross’s as you really need a proper camera, not an iPhone for wildlife – but this is quite good for an iPhone methinks (apart from my finger!) 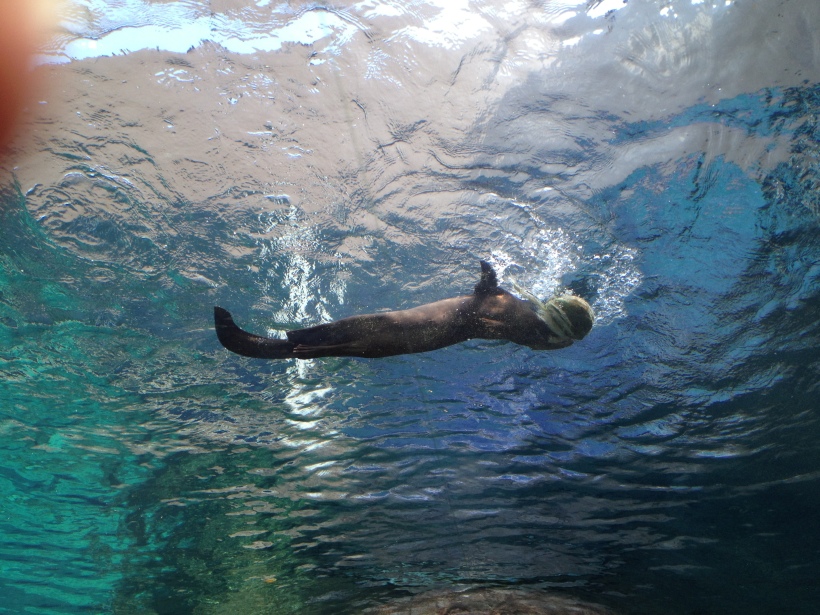 Three, a simply fabulous collection of orang utans – again free-ranging. We were lucky enough to get them at feeding time and were two feet away from them. 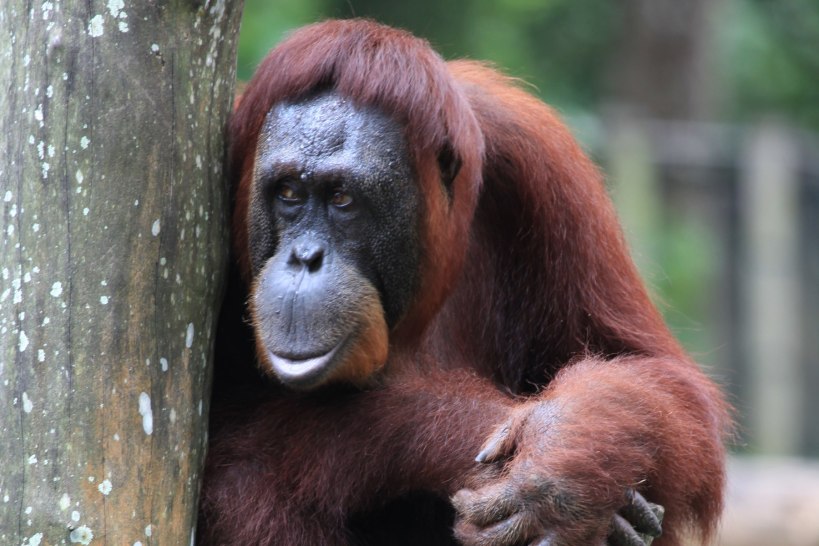 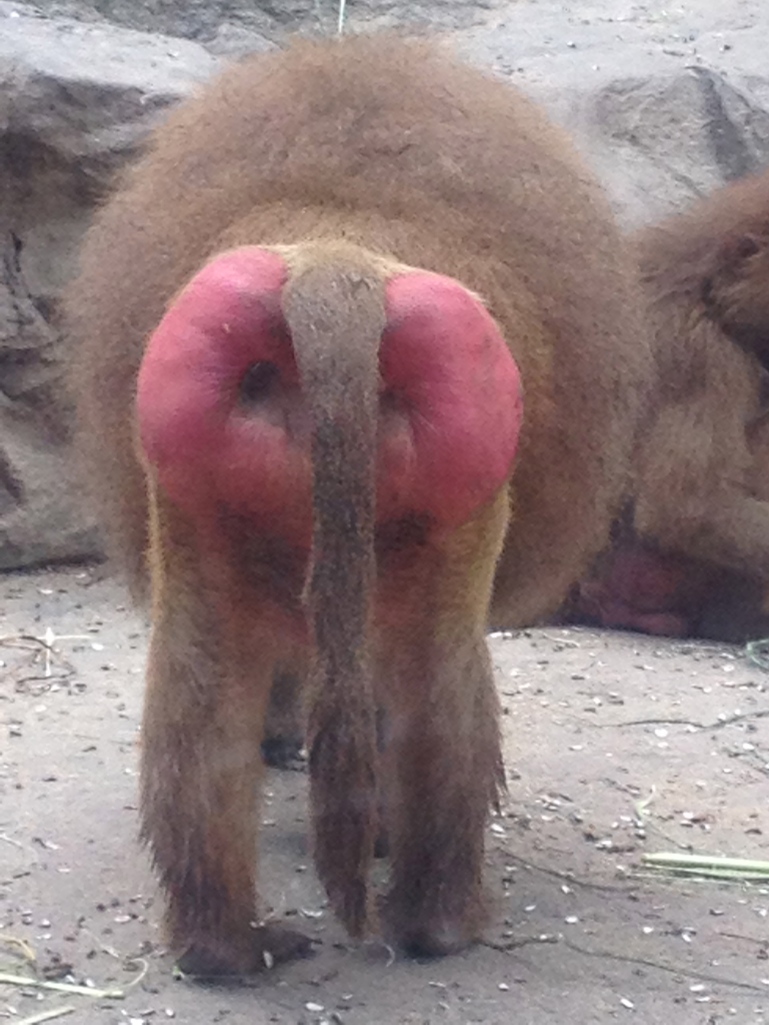