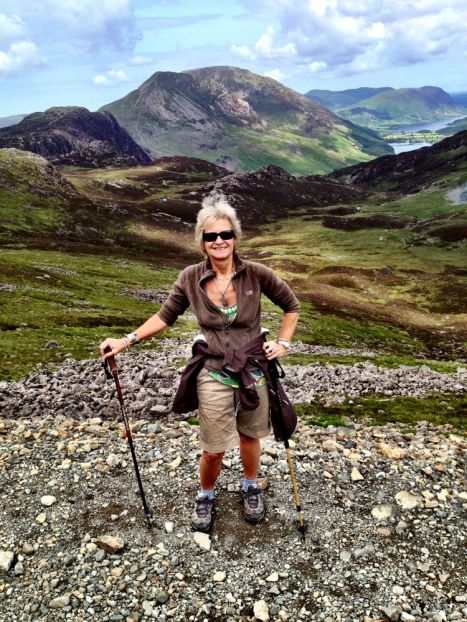 Wild woman of the fells – going up the Gable

It’s hard to remember that only two days ago I was standing on top of Great Gable in bright sunshine admiring the Lakeland vistas from one of its highest peaks.

As I sit here on a grizzly June afternoon on the train from Durham to Kings Cross I try to recall the past two weeks of my return to the green green grass of home. 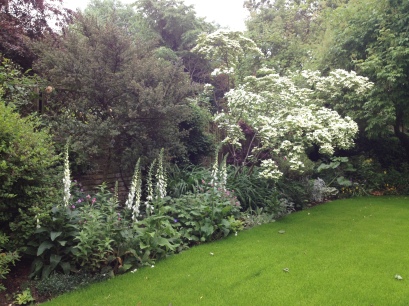 Leaving Singapore to return to England for a four-week foray has been fun – meeting old friends and family for lunches and suppers; celebrating our 30th wedding anniversary; doing the first cut on our newly laid lawn; the first balmy al fresco supper – on Midsummer’s Day,  the anniversary of Louise’s memorial, so always a special day, and one of her favourites. I show off my Tom Yum Goong to Son and friends. Also doing the not so fun – deciding what to take to Singapore for the next few years, what to leave, fighting with John Lewis deliveries and directing the packing.

A little mental titivation at Cambridge University in between, with old chum Fi, to hear Professor David Spiegelhalter, speak engagingly and fascinatingly on hazard ratios (he is a statistician!) and its effect on us: encouraging that as a woman I am going to live longer than men, less so that my life chances decrease by 9% per annum between the ages of 25 and 80, but on the positive side, its only the first 20 minutes of exercise that do any good, the next 40 are a waste of time…phew!

And so to continue on my very English odyssey by way of several days in the Lake District. Dear friends John and Hilary Pooler have pretty cottage in Grasmere (Glen View can be booked via http://www.lakelovers.co.uk/) and are local experts. We had two great days walking in fine weather – a Great Gable circuit, starting at Honister Pass and ending at Seatoller; and then the Helm Crag circuit, descending via Far Easedale; and two more normal Lakeland days, meandering about at lower levels in the on/off drizzle. 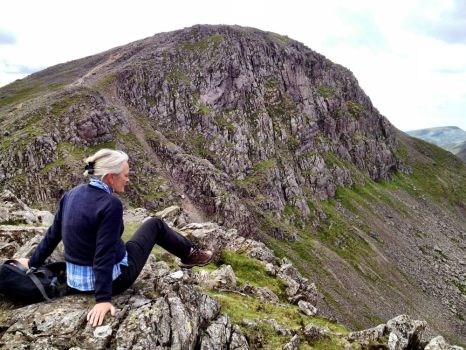 Hilary atop Green Gable looking across to Great Gable

In another life, when I worked for Heinemann Educational Books (1979 -1993), our founder and my mentor, the old man of Lakes Alan Hill, used to organise an annual, what would now be called ‘teambuilding’, trip to Borrowdale, where Heinemann owned a share in Seatoller House, a charming B&B. The Lake District Trip, as it was known, was a great leveller, with 30 plus of us at all stages of fitness and fatness chugging up and down dale and hill in the day, and repairing to hostelries of an evening (always the same rotation: the Bridge at the Scafell Hotel, the Fishes in Buttermere, and the final night party at Alan’s Rossthwaite house); finishing by playing charades and parlour games – squeak piggy squeak and wink murder were favourites. 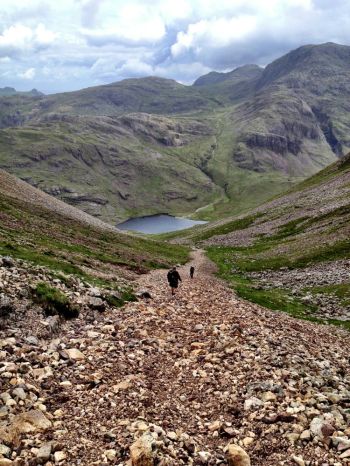 Great Gable from Honister Pass brought so many memories flooding back: Alan and I leading the slow group – re-named on two occasions as the ’pregnant cripples’ to reflect our respective statuses; banana and honey sandwiches, crisps and Just Juice forming the perfect picnic; baking hot days and stripping off to undies to swim in the tarns and pools – such as Sour Milk Gill; the time our new and reviled MD dropped a pack of condoms out of his wallet (he never recovered form the ignominy); sharing a double bed in the ‘family room’ at Seatoller House with female colleagues. These were indeed the times of our lives.

Thinking of Alan, long since dead, reminded me of the times I used to take him round Africa to help decide on company strategy. So eccentric was he that he packed two identical suitcases – lest one got lost! He was renowned for always wanting to change his room, wherever he stayed and for being professorially absent-minded. On every departure I had to check to see what he had forgotten – shirts, underpants and his medications – always at least one – and scoop them up! He loved to regale people of our adventures (and we had many) – always embroidering the tale to make it funnier. 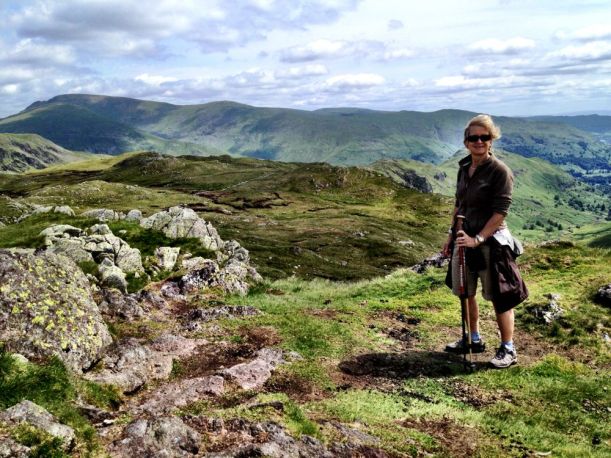 On top of the shoulder leading from Helm’s Crag

The Lakes also reminded me of family holidays with our son, then aged three, rampaging up the fells and our beloved Louise, in a back pack. And later, with the Pooler family again, the children in their teens, girls rock climbing, boys desperately trying to follow the World Cup in Japan, even resorting to taking a portable TV up the fells. 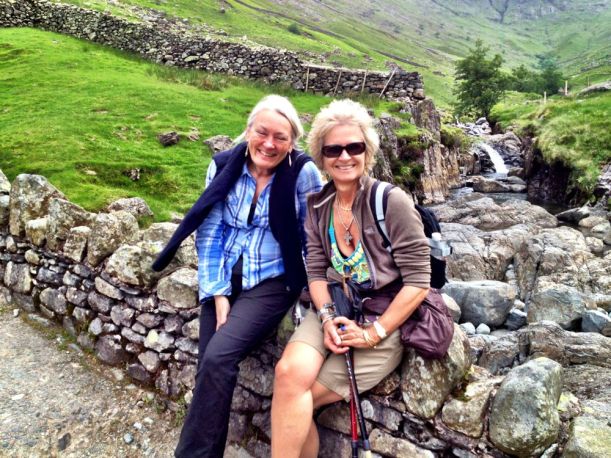 It’s all about friendship… 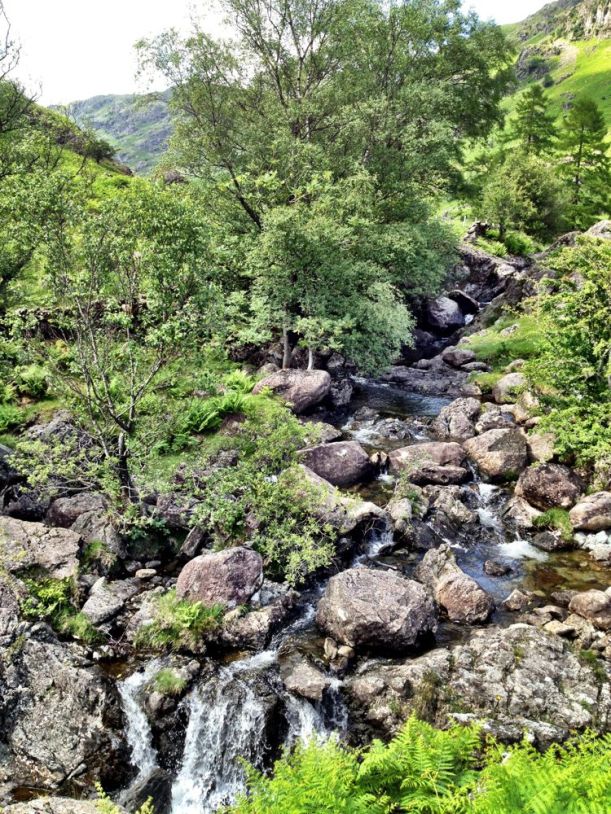 A babbling brook – I come from haunt of coot and tern