The Banderas monument made from Italian marble to commemorate the early explorers. Took 30 years to complete.

We arrive early in the morning to azure skies, winter sun and a distinct chill in the air. It takes us a good hour and a half to struggle through the snaking  immigration queue so it is a relief to find our driver who whisks us off the the Tivoli Mofarrej in the peaceful Jardins area of SP.

Herself in the market

It is still early so we decide to take a whistle-stop tour with a guide and see the city.  Enrico scoops us up and first we drive through the four Jardins  areas from our quarter, which has  upmarket  shopping and restaurants, to Americas with its huge mansions, Europe and Paulina. Each has streets named after the areas.  I find it hard to believe we are in ‘dangerous’ Brazil, it’s so leafy and quiet, even the traffic is unexpectedly tame: it’s the winter school holidays.

In three hours  there’s not much time to stop so we whizz into SP’s oldest church, Our Lady Of Brazil, with its mock Sistine chapel and Portuguese blue tiles 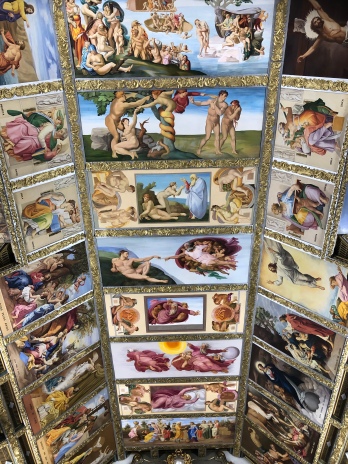 glance at the boat-shaped Unique hotel

and pass through the Ibirapuera park with its Biennale and museum buildings all designed by Niemeyer. 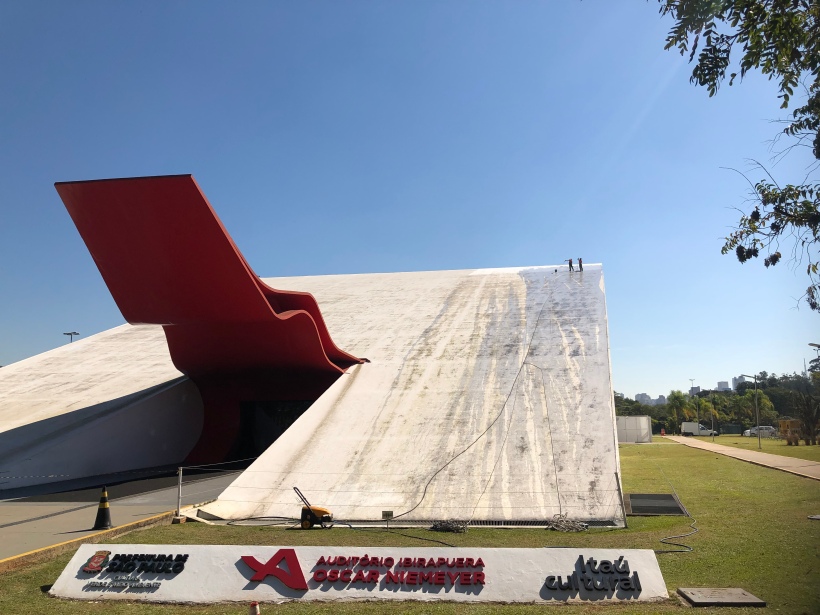 The Niemeyer auditorium in the park;  check the scale by looking at the roof cleaners!

From there we drive through downtown with its churches and squares, the stupendous skyscrapers sprouting out through the old colonial buildings, many of which were destroyed as being too ‘backward’ for Brazil’s politicians. 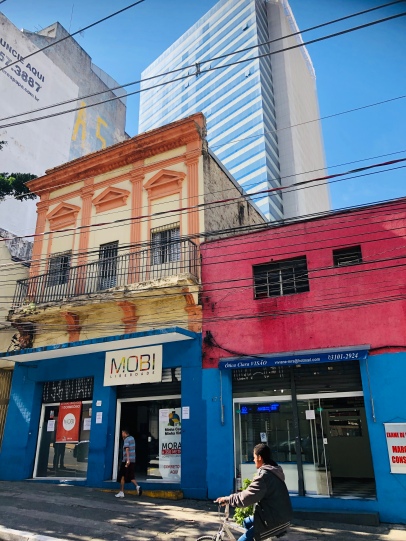 One of the earliest skyscrapers

Foundation square
Talking of which the governor of SP Juan Doria was on our flight, a dapper dark haired man all dressed in black. He has been in London to discuss how to de-pollute the rivers that run though SP – one of his election pledges. He has the Finance Minister in tow.  The other passengers are queuing  up for selfies and shaking his hand. An ally of Bolsonara, according to Enrique he has presidential aspirations in 2022 but he and the big man have fallen our over the moving  of the F1 to Rio, home of the President. 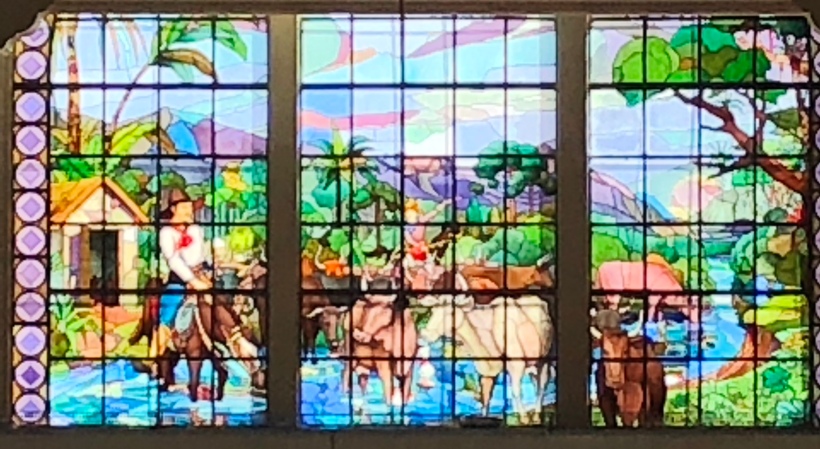 One of the magnificent stained glass windows in the central market  depicting agricultural life in Brazil, here ranching

Italian ironwork on the Foundation Square statue
We love the old municipal market with its towering fruit displays and row upon row of bacalao or salt cod. The Italians were very early settlers in Brazil and SP radiates their influences from the ironwork on sculptures, church architecture and the olives and salamis that festoon the market.

Ross and Enrice on the balcony of the market

Olives,salami, haunches of ham and smokedMeat. You could be in italy
There was a big Japanese influx here too (400,000 of them) and SP’s Liberdade is full of sushi restaurants and shops with Hello Kitty junk and rice cookers. 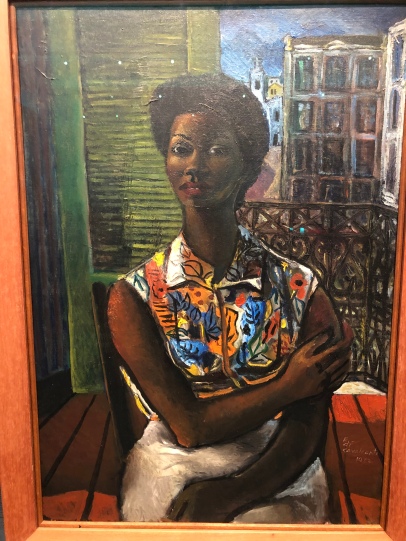 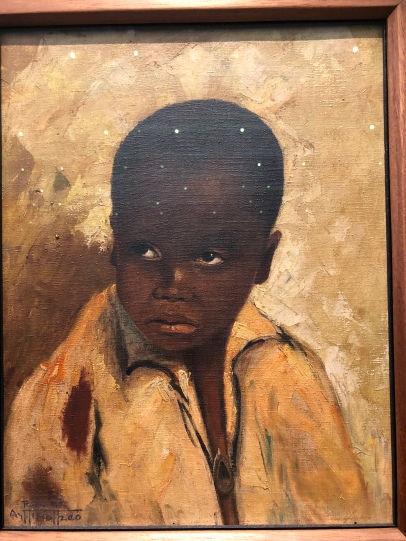 Arthur Timotheo da Costa
To end with  a wonderful exhibition of one of Brazil’s foremost female artists  who studied under Leger and Lhote, Tarsila do Amaral. Loved the influences and her landscapes, her people but not so much her cubist stuff.  A great way to end the afternoon. 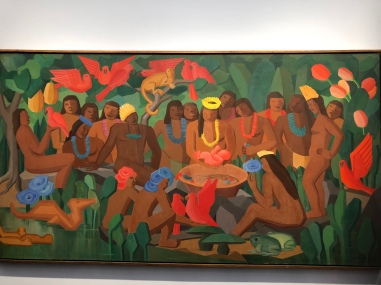 In the evening we wander round the corner a couple of blocks – yes dear reader in SP at night on foot – to  a Brazilian restaurant for caipirinhas, ceviche and mucecha though Ross has a big steak. And then home to bed! 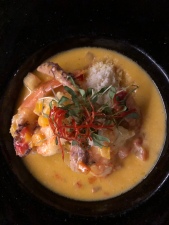 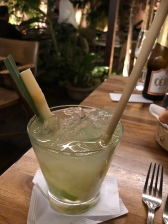 Exhausted but feel we have had a good taste of this city of 12.2 m in the world’s fifith largest country. Distressed by the huge numbers of homeless sleeping under uniform grey blankets and begging but uplifted by the vivid murals that cover almost  every inch of spare space.   Now off to the wetlands of the Pantanal!

PS first attempt of blog on the iphone so pl excuse any typos or weird gaps. It’s a bit tricky!