This year the weather played havoc with both skiing and Fasnacht plans…we abandoned the slopes for the fabulous Kunstmuseum and Chagall.  We rise at 3 am to get to the town centre for Morgestraich, the early morning procession that kicks of at 4 am with the lights out and the bells ringing – before a cacophony of cliques set up their rather tuneless caterwauling as they parade around. At 4 am it is a magical and mystical sight, giraffe notwithstanding. 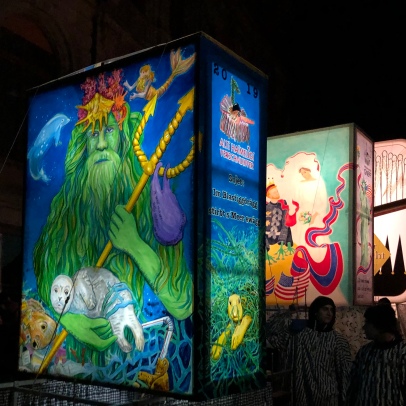 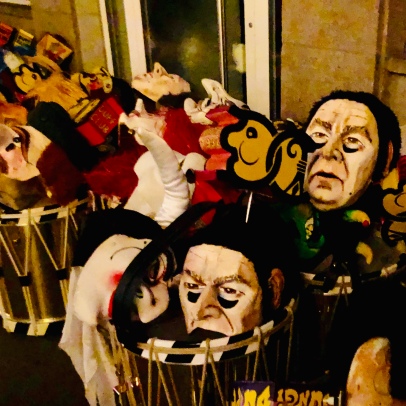 After a chilly couple of hours we retire for a quick kip before coming back for the main parade. We are with our dear friends Rick and Lucille and, shortly before departing, a blizzard blows in and we were in abandon-ships mode. Then suddenly the sun comes out so we hare down the Barfussplatz and position ourselves bang in the centre of the two-way parade and feast our eyes, gluhwein and wurst to sustain us in the cold wind. Here are the photos. 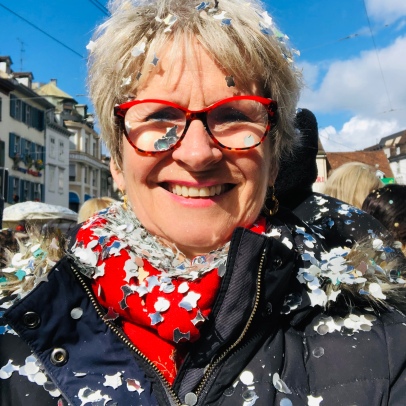 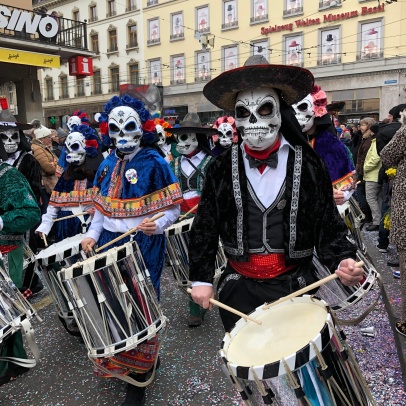 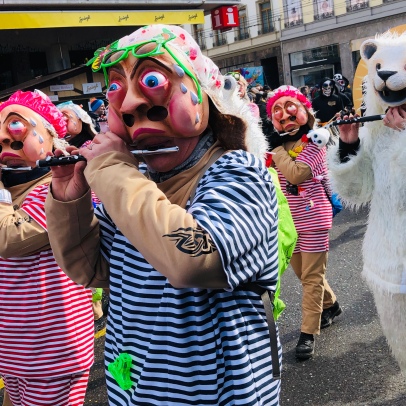 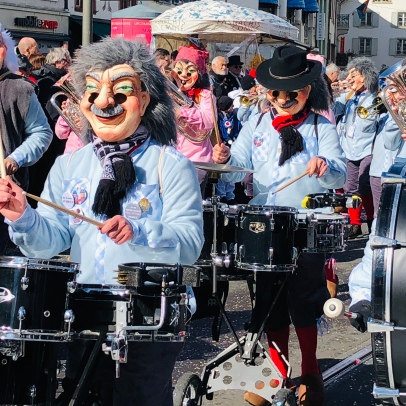 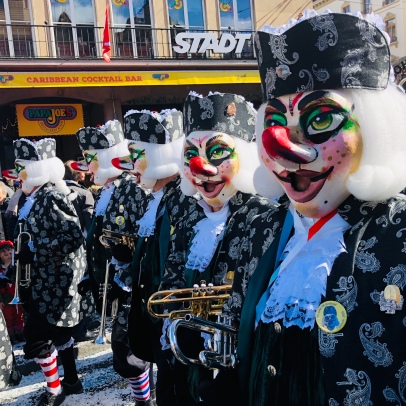 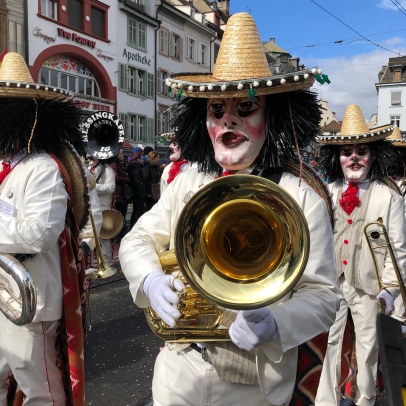 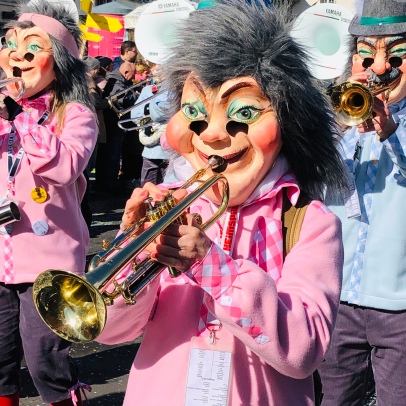 The floats are mostly politically-themed, although some are very pc with plastic and global warming, anti-Trump messages, but one or two others seem racist or sexist – see the bondage photo – and ‘little Switzerland’ in their message. The Waggis, or peasants, throw out flowers, fruit and shower us all with confetti. The kids shout ‘waggis’ and stuff their goodie bags. 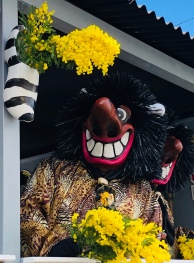 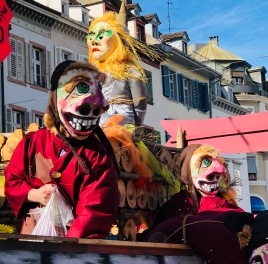 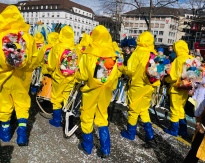 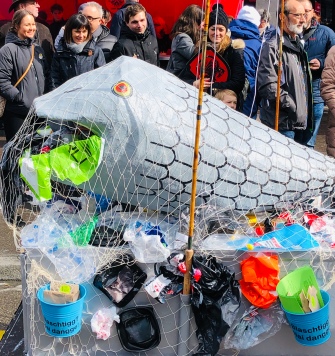 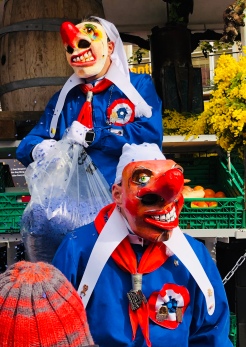 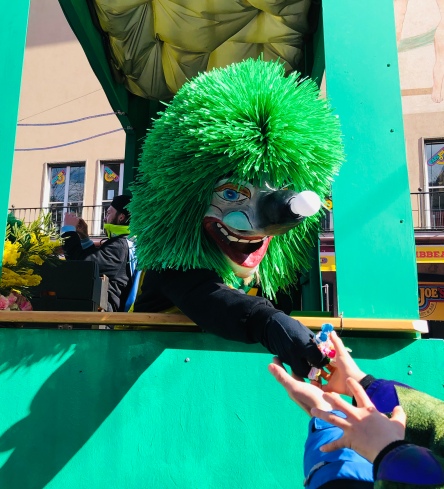 Here are some shots of some great individual masques, including a bare bum (that’s a first), a man behind the mask in orange sunglasses, and even a Bernie Saunders. 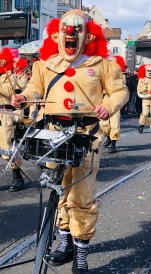 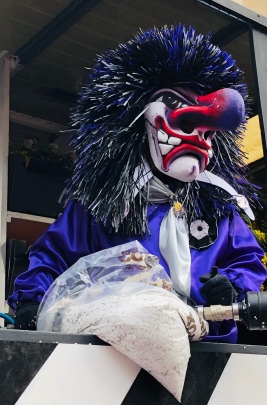 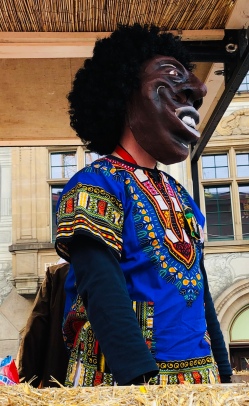 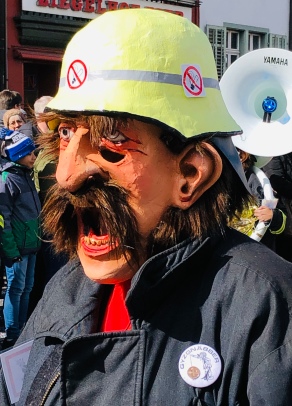 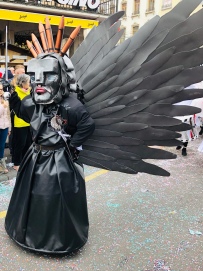 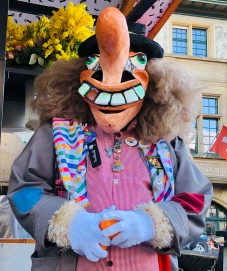 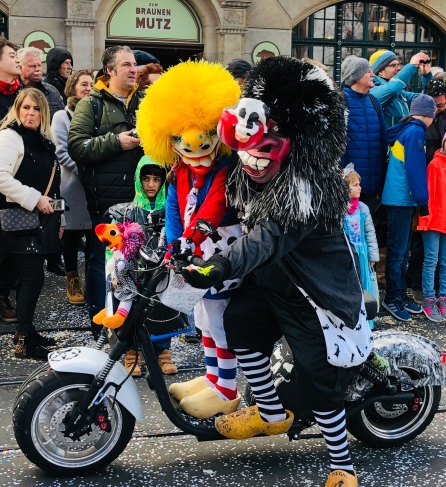 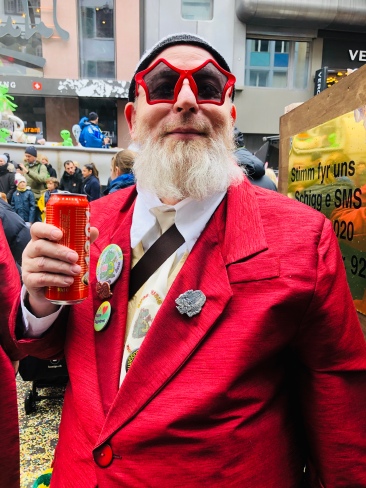 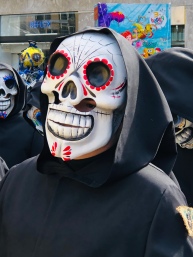 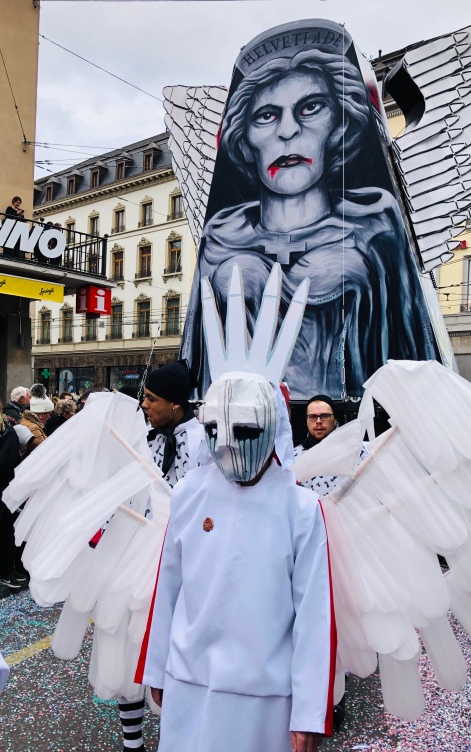 Lucille, who is a renowned ceramicist, was captivated by the spectacle and said it was ‘one of my favourite things I have ever done’. All a welcome distraction from the disaster of Brexit.