There are two unmissable exhibitions on show in Basel right now – Chagall at the Kunstmuseum and Klee at the Beyeler. Last wet weekend, we took in both.

An early work hinting at what was to come – note samovar centre stage, everything is floating, head and all!

With my newly-awakened curiosity over my Jewish heritage, I was mesmerised by the strong Jewish and shtetl influences in Chagall’s early paintings, many of which are not often on show.  Like the series of  random visitors in 1914-15 on his return to his home-town Vitebsk, ‘the wandering Jews’ , usually Rabbis, who were often escaping pogroms. 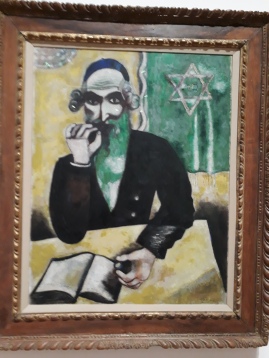 This was after a brief spell in Paris where he met and was influenced by artists such as Picasso, both the Delauneys and Lipschitz. He had to return to Russia at the outbreak of the First World War, where he was forced to stay, based in Vitebsk, for eight years, until he was able to return to  Berlin and Paris, disillusioned by the Revolution. 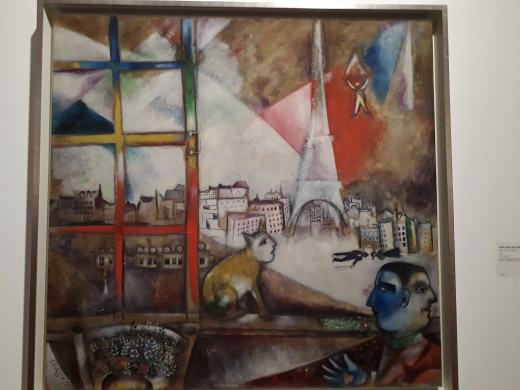 Paris through the window – from Chagall’s perspective! (1913)

To Russia, Asses and Other (1912) – again look for Russian village motifs painted in exile

His paintings during this period, on show here, reflect  an introspection encapsulated in his depictions of all aspects of Jewish life, as well as his artistic progression into modernity. For me, this makes the work all the more poignant.

He changed the date of this wedding picture to 2011, in homage to his own wedding to Bella, although it was painted in 2010. It is the only modern painting of a Jewish wedding

Another charming shtetl painting – reflecting the old Jewish saying ‘the cow jumped over the barn’ (in this case a goat) the equivalent of  ‘and pigs might fly’.

Most charming is his devotion to the love of his life, Bella, reflected in many of his pictures. He was separated from her during his first spell in Paris and the inclusion of folk motifs from the shtetl in this work of this period reflect his homesickness. He must have taken with him the portrait he painted of Bella before he left for Paris, because there it is on the walls of his room! 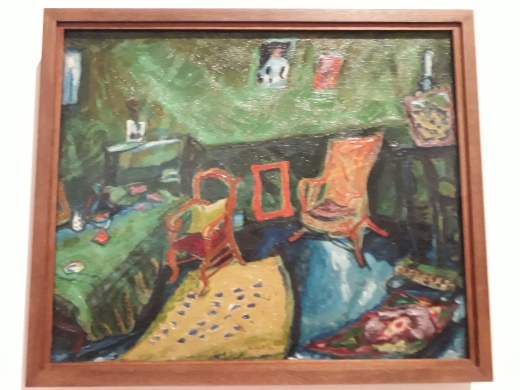 Chagalls’ room in Paris.Background is testament to his missing Bella – her sting is on the wall.

Here is the painting of Bella Chagall took with him to Paris.

Then to the Beyeler where, again, the exhibition revealed a side to Klee I was less familiar with. His transition from a classical figurative background to abstraction is traced through his early Tunisia and Egypt works, before he becomes completely abstract. I loved the desert palates of these pieces. 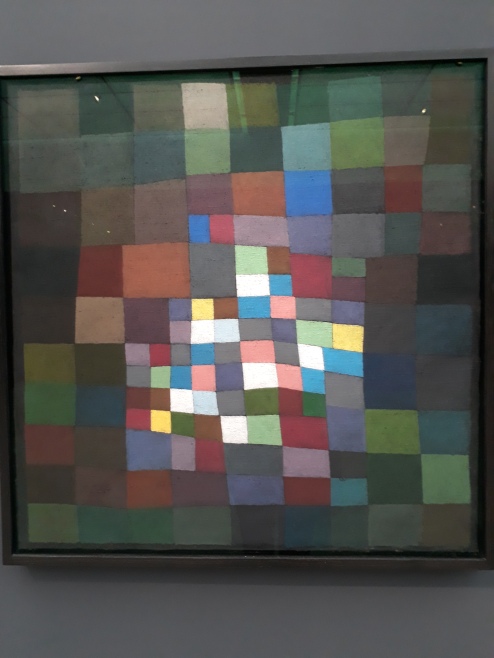 Later on you see his interest in text – cuneiform and hieroglyphics – before his final works  reflect his inner turmoil at the rise of Nazism and his worsening scleroderma which was eventually to kill him in 1940. His last works however are breathtaking in their simplicity and beauty, 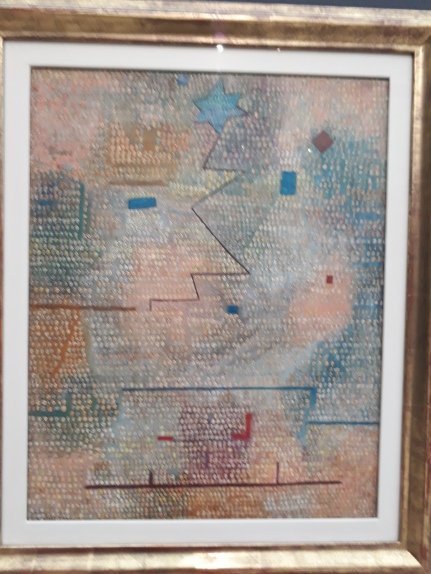 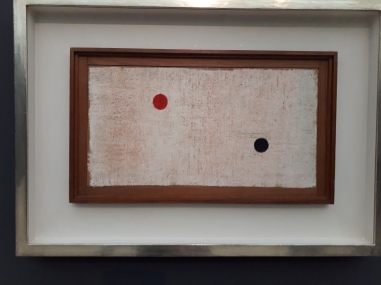 The red and the black 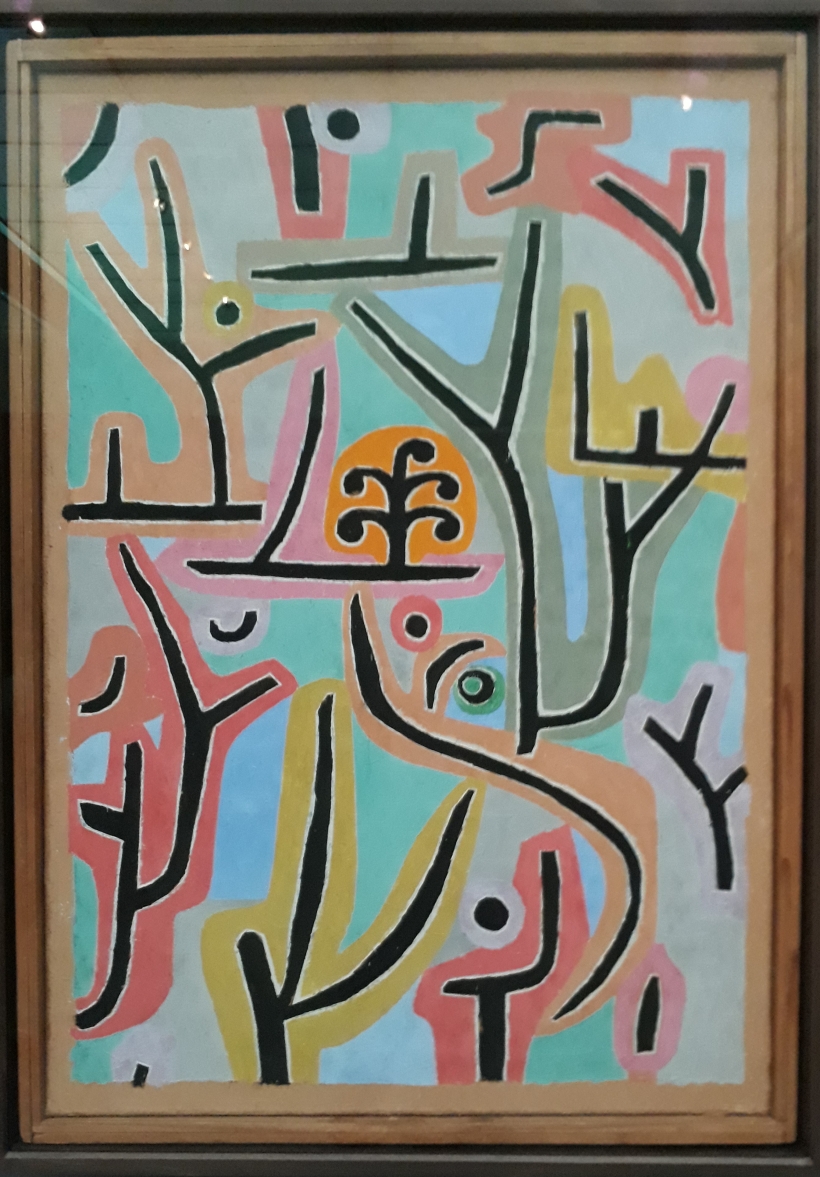 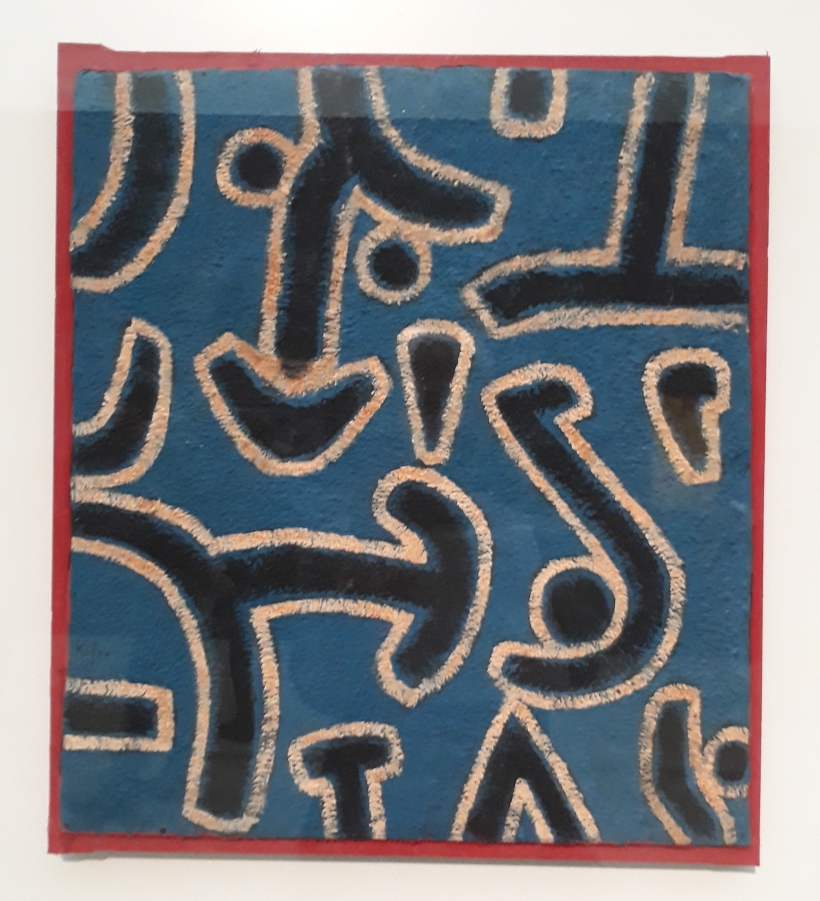 One of Chagall’s final works, The Game of Mars, a premonition of war (1939)

But no vist to the Beyeler is complete without a little wander, and we loved what we saw, in particular, a darkened room, ‘ A House of Wonders’ stuffed with Baroque and Renaissance titbits, some real and some modern in provenance. Photos not allowed, but I had already taken this before I was alerted to my transgression.

A cabinet in the Wunderkammer, one of the exhibits is a penis-shaped gunpowder holder (2nd shelf from bottom)!

So here are some images of (some of)  best of the rest.. 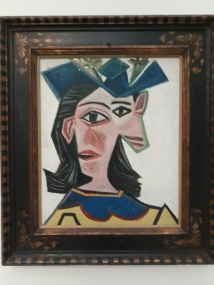 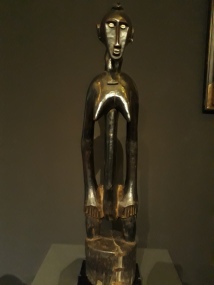 A senufo – I have one of these at home!! 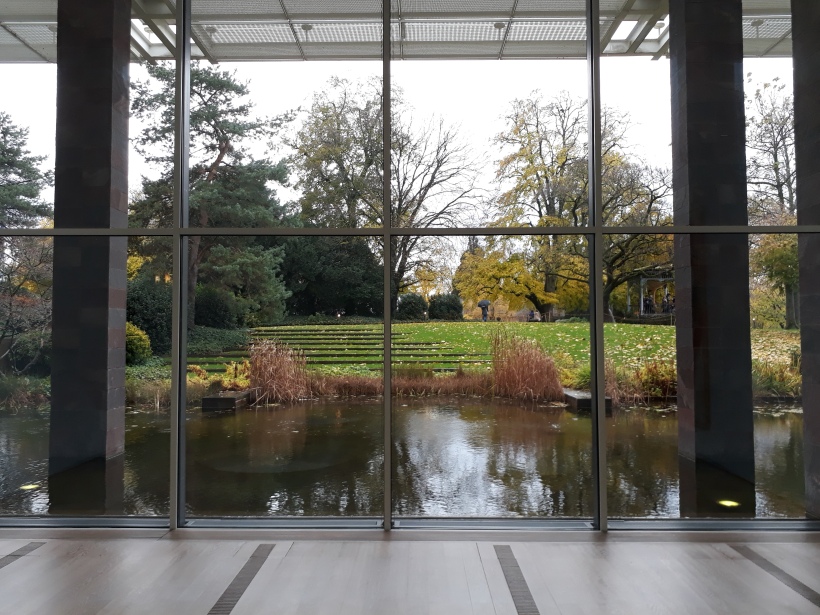 Tranquil scene looking out from the main gallery

Autumn colours at the other end of the building