Baselworld! I should have known something was up when my flight was packed and I was as ever squeezed in the back row by BA. I simply refuse to pay extra to book seats and the punishment is banishment to the last row of the plane.

Baselworld is the world’s largest watch – or timepiece, to give it its upmarket name – fair, and is the Basel Messe’s no 1 attraction, with Art Basel in spot number 2. My ancient brain ground into action as I remembered that old friend Rob Wilson is an eminence grise at Seiko; he says he’s retired but seems to spend a lot of time advising the former President, now Chairman, of Seiko. So I texted him. 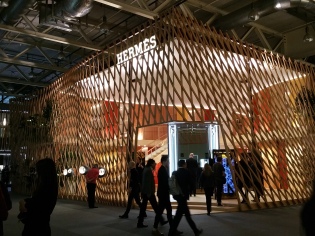 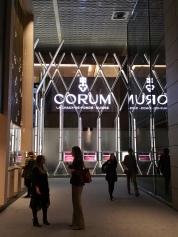 Lo and behold the next evening found Ross and I as honored guests of Seiko, meeting Rob outside the fair and bumping into Aleixo and Ana, old friends from Portugal who were also Seiko agents there. 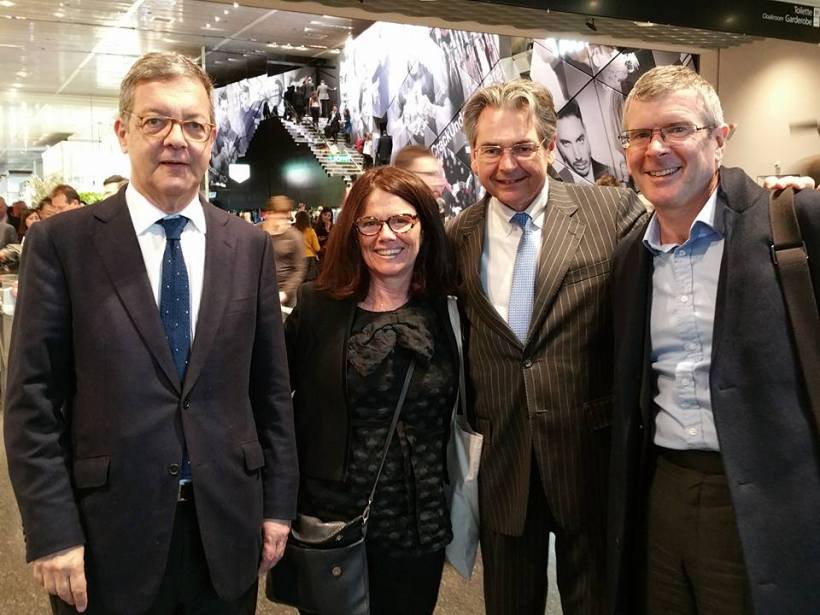 Chance encounter with Aleixo and Ana, and Rob of course!

After a guided tour of various stands – obviously paying a great deal of attention to Seiko’s top-of-the-range products – we repaired to their stand for champagne and pretzels. 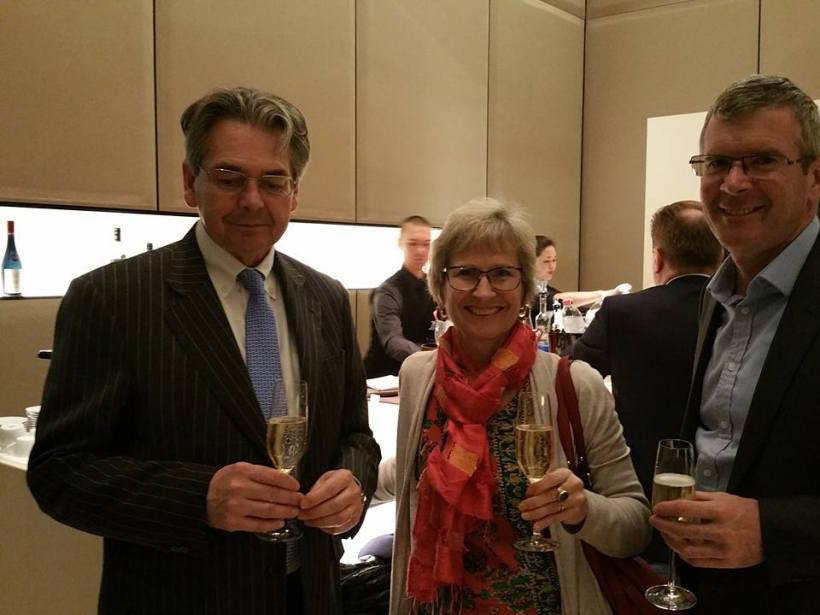 With Rob at Seiko champagne bar!

Some of the stands were sumptuous – the Breitlinger one had a huge aquarium full of jellyfish; in previous years it has been swimming with tropical fish. The  Hublot stand was resplendent with a flash Ferrari (there’s some special watch-matching going on there apparently, buy one get one free??); and Omega (Ross has a soft spot for antique Omegas) had a line of glamorous girls posing for the camera, reminded me of the Moulin Rouge. 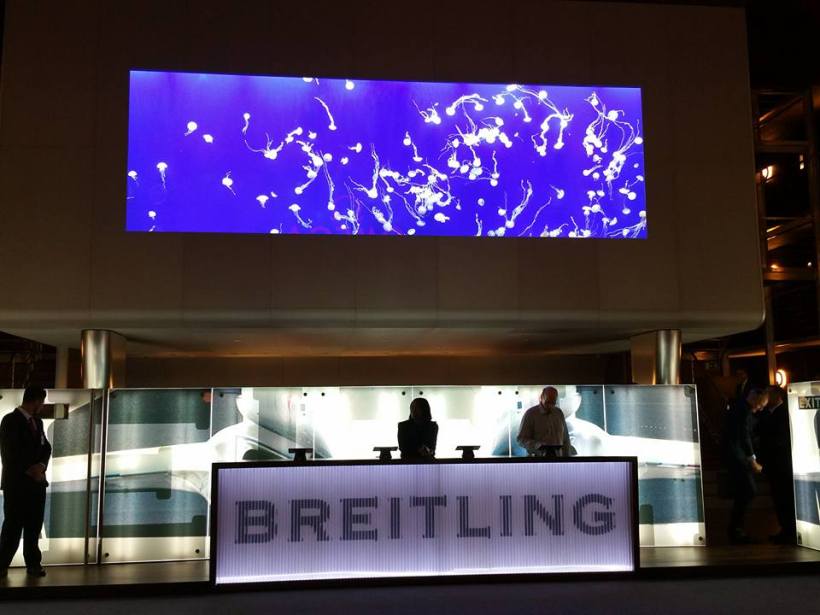 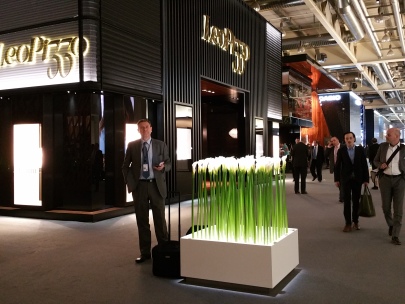 What a glamorous start to the weekend! We departed to the slopes for the remainder, probably the last skiable weekend of the season. Dropped in on Rock the Pistes with our guests, Dr Fi and her husband and son.