Returning to London after more than three and half years away has been an emotional time. Our newly renovated house (not quite finished) is haunted by the absence of Louise, whose laughter, colour and noise filled every room like that cliched ray of sunshine. Even though the house is configured differently, it still feels like home, our happy home, that we shared as a perfect family of four.

Louise’s bedroom, at the top of the house, is my study, but I find it hard to work there. It has become a shrine to all those who have left my life – Louise’s iconic funeral poster looks challengingly at me, while her art is stacked up, waiting for an audience; then there’s my mother – boxes of her letters are piled up willy-nilly, her paintings lean against the wall, photos of her and her collections of books, china and silver surround me; and finally my father, who is represented by his father’s books, which line the shelf, and albums of old photographs of family I never knew existed are stuffed into drawers. On the bookshelf is a wooden plaque Louise bought for him in Prague – ‘I love my grandpa’. 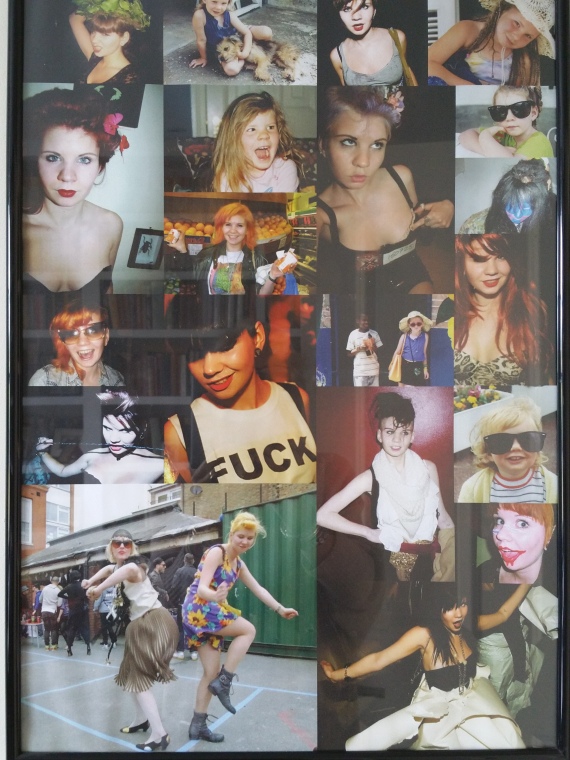 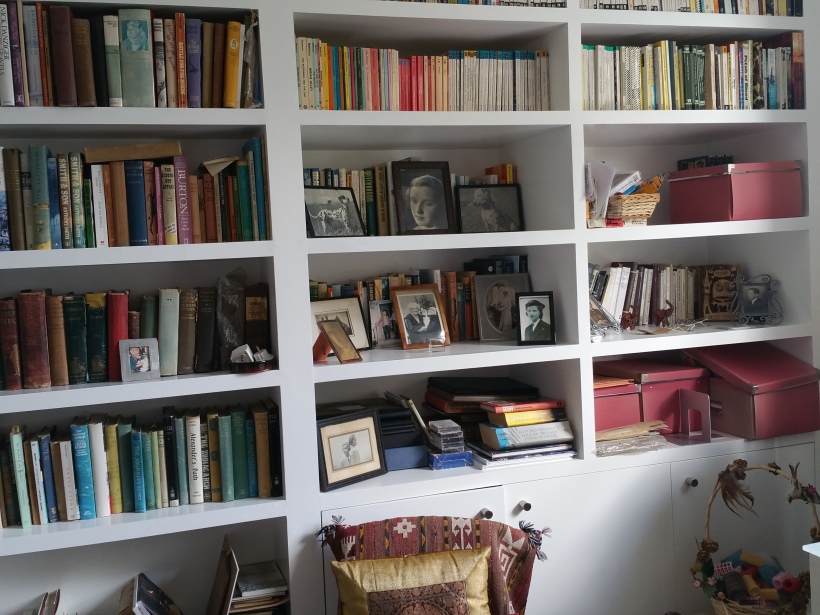 My parents’ books; mum’s letters in the red boxes; family photographs and Louise’s hair roller basket in the rh corner

As I was leaving Singapore a dear friend gave me Julian Barnes’s Levels of Life –  a love song to his wife, Pat Kavanagh,  who died suddenly. It is only now, after five years, that I feel able to articulate  my own feelings coherently about Louise’s death – the raw anger has given way to quieter consideration. And when I read Julian Barnes, I thought, ‘That’s it, he understands me perfectly’. So here I am going to share what he writes on the subject of bereavement and grief. I hope that it resonates with those who have also suffered losses recently.

He speaks of a ‘complicity among the grief-struck [but] only  you know what you know’. Yes, we share this pain that only those who have experienced it can understand, especially if you lose a child. No other bereavement can come near it, although Barnes  echoes precisely my feelings when he says:

‘I swiftly realised how grief sorts out and realigns those around the grief-struck; how friends are tested; how some pass, some fail. Old friendships may deepen through shared sorrow; or suddenly appear lightweight. The young do better than the middle-aged [my italics]; women better than men .This shouldn’t come as a surprise, but it does’. 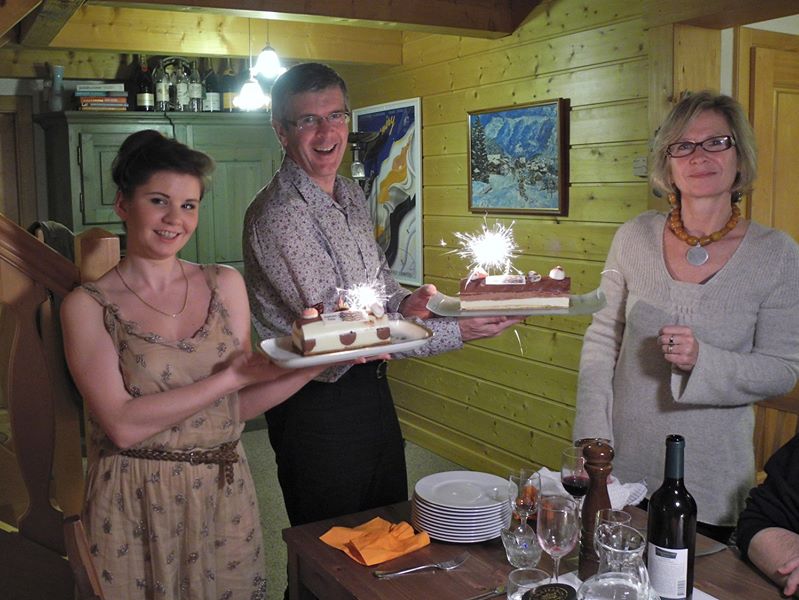 Later he touches on that gulf – in modern parlance, the elephant in the room – that occurs because people are unwilling, afraid even, to mention the dead person’s name, something we are oh so familiar with. The young are so much better at this on the whole. It is as if  Louise has become part of the past, has ceased to exist through her death:

‘…if this isn’t yet true for me, the grammar, like everything else has begun to shift: she exists not really in the present, not wholly in the past, but in some intermediate tense, the past present. Perhaps this is why I relish hearing even the slightest new thing about her: a previously unreported memory….I take surrogate pleasure in her appearances in other people’s dreams – how she behaves and is dressed, what she eats, how close she is now to what she was then…such fugitive moments excite me because they briefly re-anchor her in the present, reduce her from the past-present, and delay a little longer the slippage into the past-historic.’

I could so easily have written this.

At our beloved Missy’s wedding in Scotland; Louise wearing my super-expensive hat and cardigan! 15 & 17

So here I am trying to return to a new normal, looking for the moments of progress ‘when concentration returns, when cheerfulness and pleasure return even while you recognise the cheerfulness has become more fragile, and present pleasure no match for past joy. When grief becomes ‘just’ the memory of grief – if it ever does’.

People always say ‘you’ll come out of it…and you do come out of it, that’s true. But you don’t come out of it like a train coming out of a tunnel, bursting through the Downs into the sunshine and that swift, rattling descent into the channel; you come out of it as a gull comes out of an oil slick; you are tarred and feathered for life’. 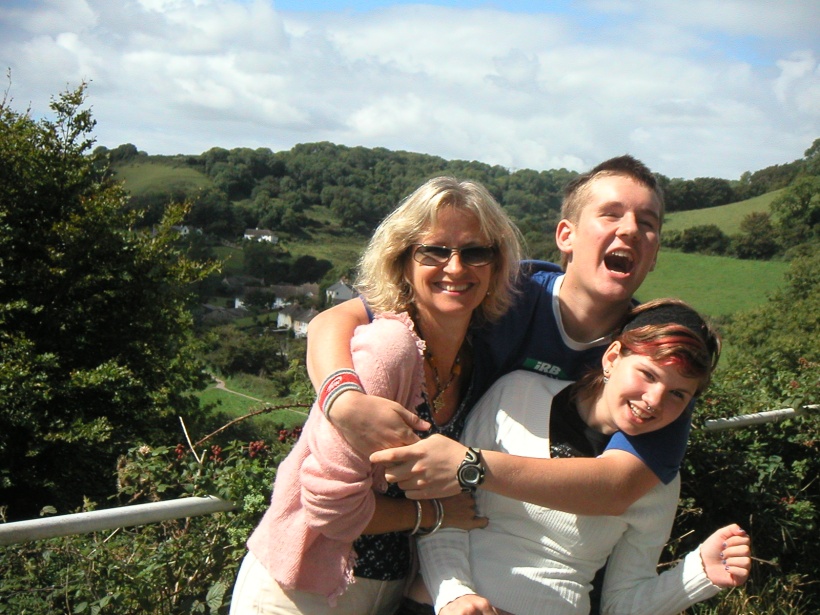 With Tommy and Louise, aged 15 and 13 respectively

In the hallway stands an ebony throne, inlaid with ivory birds and geometric motifs. Here in splendour sits a life-size photograph of Louise, scattered beneath her are pairs of her sunglasses, a bottle of champagne, another of beer with her photograph on the label, a signed tee shirt from a musician she worked with, some cards from friends. She may be gone, but she is always with us.