Lining up to be judged!

If you were expecting photos of Heidis in dirndls you will be disappointed. In our village of Champery, today marks the 75th anniversary of the annual parade of the most prized local beauties – the cows that frolic in the high Alp all summer.  This event takes place just before the lovelies are put out to grass. 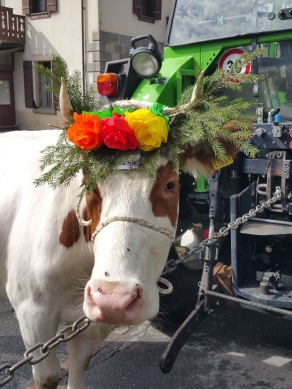 We are woken early by the sound of mooing. On looking out we see the cows beginning to assemble beneath our window. 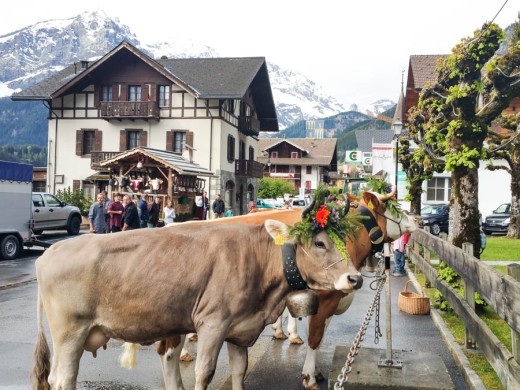 By 9.30 the proud owners are adorning their darlings with flowers and garlands. The cows are paraded in family groups, each with a sign showing their name. 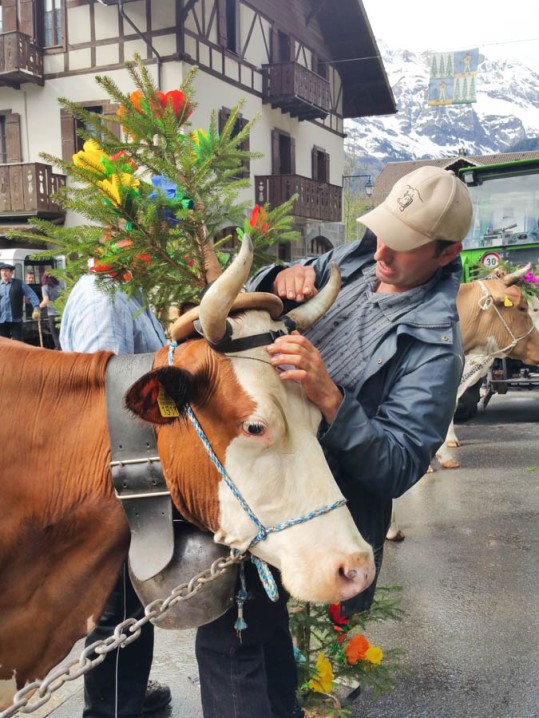 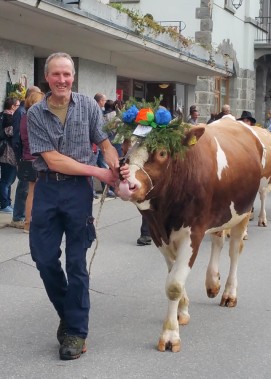 A man with a hose pays attention to trying to keep their rear ends pristine (not always successfully as we note later).

Our apartment is on the right!

We wander down the Rue du Village with local chums Annie and Tim to get a good vantage point.

On the way we pass people dressed in vieux costume, they look more like descendants from Cromwell’s time, so black and dreary; next are the cowbell ringers and the band, all limbering up for their place in the procession.

After some jolly oompah, some graceful processing by the couples in traditional dress, the loud clanging of the cowbells announces the arrival of mesdames – and a flock of very dumb sheep who go everywhere but in the right direction.  Plus some welcome Swiss hospitality  of cheese and salami… 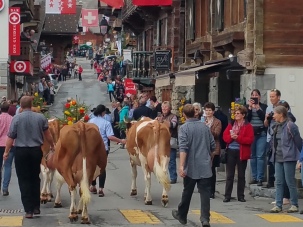 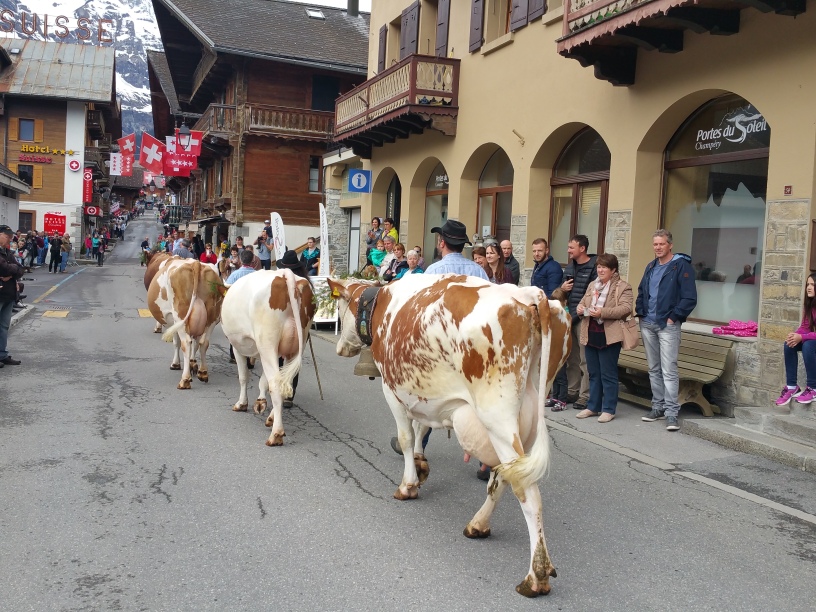 Some of the ladies are a bit frisky – as Tim points out, standing between them and an iron railing can be a bit dangerous as we skitter out of the way as one headstrong young girl battles her owner and heads in our direction… 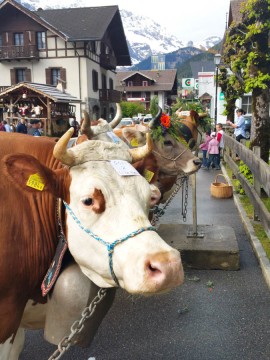 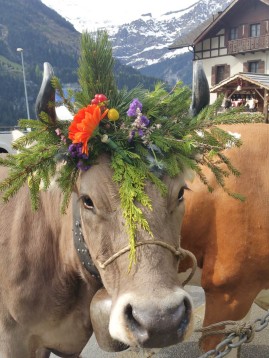 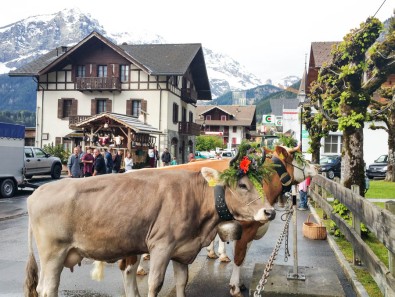 A number of floats trundle by – the most strange being the chasseurs who announce their arrival with a volley of shots (we worry that the guns may be loaded as Swiss are pretty casual with their weapons, all men are allowed to keep them after national service). Their float is gruesomely adorned by stuffed animals which nod in a lifelike manner due to the uneven ground – chamois, boar, bouquetins, chevreuil, weasels, eagles, foxes, hedgehogs… 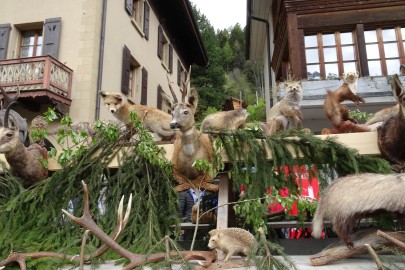 Not sure about this float…

Shotguns casually over the shoulder…

They get them young here…

Afterwards we repair to the marquee for wine and a final look at the beauties ready for judging. The sun has come out and it is quite a spectacle underneath the Dents Blanches.

Moo to you too! 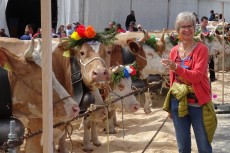 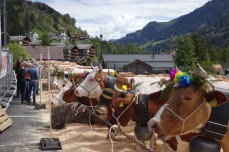